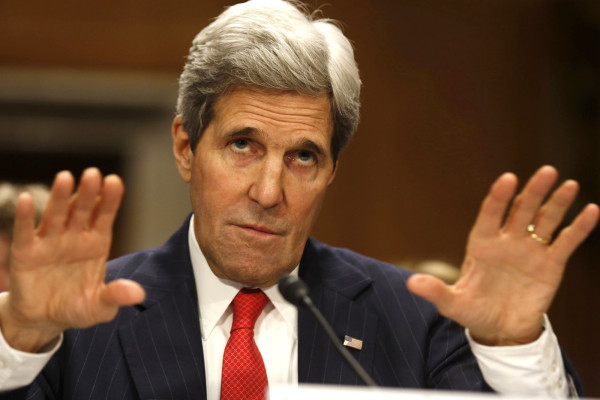 The United States of America is still talking of how it was impressed by the March Presidential election in Nigeria, even as it congratulated the country for its 55th Independence anniversary today.

A statement by Secretary of State, John Kerry, in Washington, DC said that Nigerians can observe this national day with gratitude and pride knowing that it followed a largely peaceful general election in March, “a significant moment for your country

“On behalf of President Obama and the people of the United States, I congratulate the citizens of Nigeria as you celebrate your Independence Day on October 1.”

Kerry recalled that he was privileged to travel to Nigeria in the lead up to that historic balloting and that during such visit, he reaffirmed the importance of the U.S.-Nigeria strategic partnership and the need to uphold peace and democratic principles as the nation headed to the polls.

“I was pleased to see the high-level of participation in the democratic process, which resulted in a successful transfer of power. I was also honored to attend the presidential inauguration on May 29.

“Even with the elections behind you and a new government in place, much hard work still lies ahead. When President Obama met President Buhari, in July, the United States pledged to support Nigeria firmly as it strives to curb corruption, bolster the economy, consolidate democratic governance, and address regional issues, including the weakening and defeat of Boko Haram.”

He said that the United States is looking forward to deepening its friendship with Nigeria in months and years to come.

“I extend my very best wishes to you on this, the 55th anniversary of your nation’s independence.” [myad]