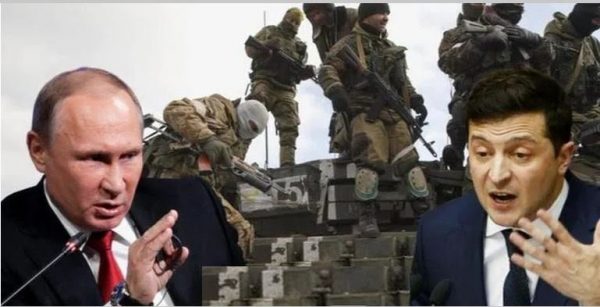 As Ukraine reportedly attacked Russian territory today, April 13, the Russian military has threatened to strike Ukraine’s command centres in the capital Kyiv if the attacks continue in its territory.

The threat against Ukraine’s high command – including President Volodymyr Zelensky – came after Russian regional authorities claimed gunfire was heard today near a Russian village in a western region that borders Ukraine.

Daily Mail reported that the Russian defence ministry said in a statement: “We are seeing Ukrainian troops’ attempts to carry out sabotage and strike Russian territory.

”If such cases continue, the Russian armed forces will strike decision-making centres, including in Kyiv”.

The threat from Russia is also coming at a time when the presidents of Poland, Lithuania, Latvia and Estonia travelled via train to Kyiv to meet Zelensky.

Recall that, Moscow, which sent thousands of troops into Ukraine on February 24 in what it calls a ‘special military operation’, has accused Ukraine of targeting its border regions.

See also:  If I Don’t Get APC Presidential Ticket, I Will Go Back Home - Tinubu

Russia’s military action has continued to generate wider condemnation from across the world despite numerous sanctions slammed on its economy.

Buhari Approves $8.5 Million For Evacuation Of 5,000 Nigerians From Ukraine