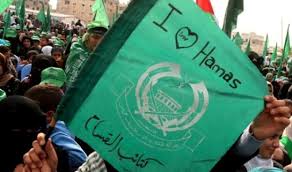 The Palestinian Islamist movement, Hamas has promised that Israel will “pay a tremendous price” after eight militants were killed overnight in Gaza. Five died after a missile reportedly struck a smuggling tunnel near Rafah.

The Israeli military said it had hit “terror sites and concealed rocket launchers” in response to rocket and mortar fire from the coastal territory.

Tensions have risen since a Palestinian youth was killed in apparent reprisal for the murder of three Israelis.

On Sunday, Israeli police said they had arrested six Jewish suspects in connection with the death of Mohammed Abu Khdair last week.

It initially said six of its members had died, but sources later told the BBC that one man was still alive.

Medical staff said a smuggling tunnel near the border with Egypt had been hit by a missile.

But some Israeli media quoted defence officials as saying the tunnel might have collapsed as a result of the militants’ explosives detonating accidentally.

The Qassam Brigades also said a drone had attacked a site in northern Gaza, killing one fighter, while two other militants were killed in a separate strike east of the Bureij refugee camp in central Gaza. [myad]