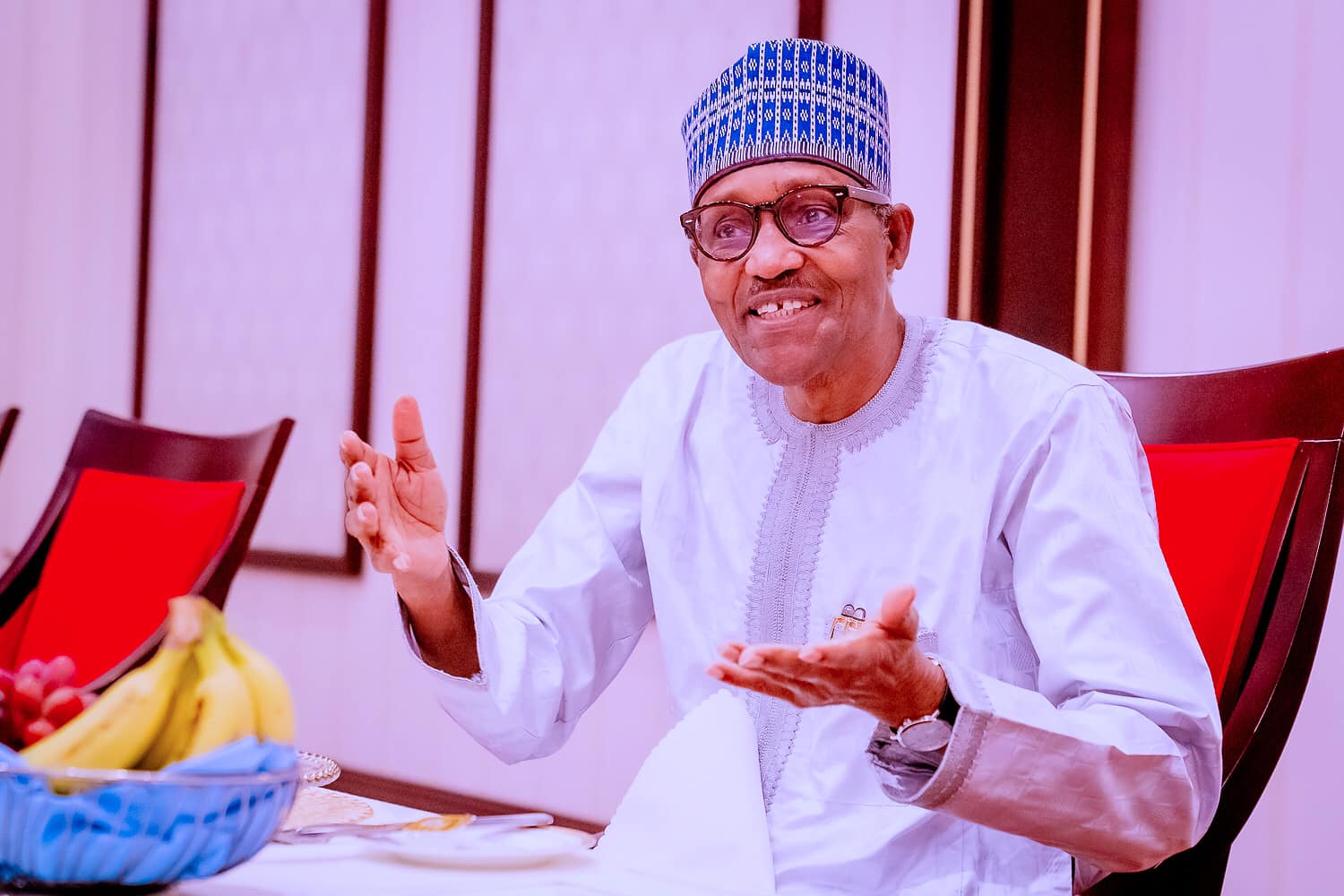 President Muhammadu Buhari has said that his government has taken what he called “strong measures” in recent time against some social media platforms to curb their excesses and prevent them from destabilizing the country.

He said: “many countries, including our own have had to take strong measures against some social media platforms to curb their excesses and prevent them from destabilizing our societies.

Buhari, who spoke at a meeting with representatives of Nigerians living in Portugal, noted that social media platform has empowered Nigerians in the diaspora and given them great influence.

“As we have seen, however, social media can be a force for good as well as a force for evil.”

The President called on Nigerians in Diaspora to use social media responsibly.

“We all want the best for our country and people, so let us strive to build, unite and prosper our nation and people and not to insult and incite from a safe and anonymous distance.”

President Buhari expressed delight in the successful involvement of Diaspora in various fields such as agriculture, health care, education, ICT, and the food industry in Nigeria.

He noted that many countries, including Nigeria, have shown that their diaspora can be a veritable engine for growth and development.

Acknowledging the huge contribution the Diaspora have made to Nigeria’s economy, the President said:

‘‘In every field of human endeavour, be it the creative industries, sports, health, academia, Nigerians in the diaspora have thrived and leveraged on their skills to raise our country’s profile higher, economically, socially, technologically and culturally.

‘‘It is for these reasons that this Government established the Nigerians in Diaspora Commission (NiDCOM) to facilitate and support your engagement with our country for a win-win outcome in our effort to keep Nigerians united at home and abroad.

‘‘You must continue to be our ambassadors-at-large in your comportment, actions and character.

‘‘You must excel and be the best in all your endeavours. While here, you must also not forget home as you are the example we want to project to the rest of the world.’’

The Nigerian leader assured the meeting, coordinated by Chairman NIDCOM, Hon Abike Dabiri-Erewa that the Federal Government would continue to do everything possible to catalyse development in various fields of the economy.

He encouraged them to key into the programmes of NiDCOM, so as to contribute to initiatives such as the Nigerian Diaspora Investment Trust Fund.

Buhari assured Nigerians all over the world that of a free hand to the Independent National Electoral Commission, INEC, reiterating the commitment of his administration to ensure that the Commission (INEC) delivers peaceful,  transparent, free, fair and credible elections next year.

‘‘We also look forward to a smooth transition to the next government. As I have said before, our Administration will not compromise on doing the right things and the welfare of Nigerians, home and abroad,’’ the President said.

Citing the last gubernatorial elections in Anambra and Ekiti State, the President noted that this administration has proven consistently its zero tolerance for interference in elections and insistence that Nigerians should be allowed to vote for the party and candidate of their choice.

The President also used the occasion to caution against the use of social media to insult and incite from a safe and anonymous distance, urging the Diaspora to always promote Nigeria’s unity.

‘‘The world is a global village and technology has shrunk the world even more. Although you reside beyond Nigeria’s boundaries you can engage easily with the country. In fact, we see the impact of that engagement clearly on social media.”

Nigerian Ambassador to Portugal, Alex Enan Kefas, told President Buhari that records indicate that there are about 3,000 Nigerians living in the country, who are generally well behaved and living peacefully among themselves and the host authorities.

The Ambassador confirmed the recent arrest and detention of about thirteen Nigerians for alleged offences of money laundering and cybercrime.

He explained that the Embassy conducted a consular visit to the prison which revealed that the arrests were ‘‘disproportionate and unjust’’ as many of them were innocent of the allegations.

He said that the Mission is trying its best to ensure the release of the innocent to enable them to reunite with their families.

At the meeting with the Diaspora, a Nigerian professional footballer, Saviour Godwin, who plays for Portuguese side, Casa Pia, presented a jersey to President Buhari.