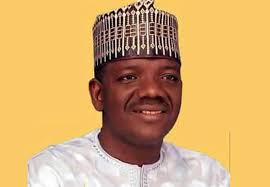 The governor of Zamfara State, Alhaji Bello Matawalle, has said that so far, more than 30 foreigners, including 11 Chinese, found to be illegally mining in the State have been deported back to their countries.

The governor, who spoke to news men today, October 23 shortly after an audience with President Muhammadu Buhari at the Presidential Villa, Abuja, said that the porous nature of borders around the state made it possible for all sorts of elements to gain access to the mines with the state.

“We have deported 11 Chinese and over 20 from Burkina Faso and Mali. You know we have the problem of a very porous border particularly from Zamfara, Katsina, Sokoto and Niger Republic.

See also:  Group Raises Alarm Over Plot By A Former President To Force Buhari To Resign

“People used to cross freely but with the measures that have been taken by Nigeria Immigration Services, I know they have put some measures in this border to checkmate the movement of other nationals into Nigeria. I am confident that very soon we won’t have the problem of other nationals illegally coming into our country anymore.

“Still on the gold mine, what we are doing now with the task force that will be put in place to check illegal miners, I think the central government needs to do something and put measures in place to harness this untapped mineral resources in the state.

“As you are aware, the ministry of solid minerals is working hard with genuine workable document that will benefit both the state and federal government.”