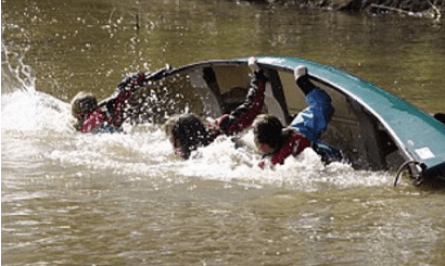 No fewer than 18 people, travelling from  Zango Majiya to the farm died today, November 13, as a canoe carrying of them capsized on River Buji in Itas Gadau Local Government Area of Bauchi State.

A statement today, by the Bauchi State Police Command’s Police Public Relations Officer (PPRO), Ahmed Mohammed Wakil, said that five of the passengers, including the driver and a female passenger were rescued alive.

He said that the incident was reported to the police at the Itas Gadau Police Station by the Village Head of Majiya, Nuhu Kaila

“On 12th November, 2020 at about 11am, one Ali Adamu, Village Head of Majiya came to Itas-Gadau Police Station and reported that, on same date at about 10.30am, one Nuhu Kaila, male of Zango Majiya village, carried about 23 persons in a canoe, from Zango Majiya to the farm.

He said that the corpses of the dead one have been recovered from the river and taken to the Itas General Hospital for postmortem examination.

“The corpses were removed from the river and taken to the General Hospital Itas, for postmortem examination.

“A medical doctor certified 18 persons dead, while 5 persons were rescued.”