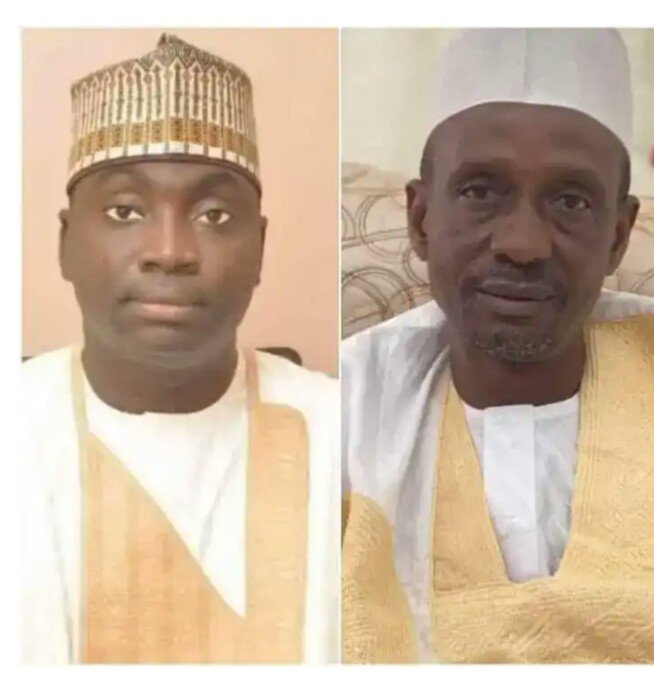 While Ndayebo died on Monday, a day after the accident, Isa Funtua died in the night of Friday, November 11.

Ndabo was buried according to Islamic rites on Tuesday, after a funeral prayer at the Minna Central Mosque even as Isa Futua was scheduled to be buried today, November 12 in Funtua, his country home, according to his wish before he died.

Both Ndayebo and Isa Funtua reportedly traveled in the same vehicle that was involved in last weekend’s road mishap, some few kilometers to Minna, the Niger State capital.

It was gathered that the two friends were driving to Minna to sympathize with a mutual friend, whose child went missing, when the fatal crash occurred.

Ndayebo was formerly an Editor at the LEADERSHIP Newspapers. He served as Chief Press Secretary to then Niger State Governor, Dr. Mu’azu Babangida Aliyu before he was elevated to a Commissioner of Information.

Ndayebo was the Executive Secretary of the Nigerian Institute of Quantity Survey, until his death.

On his part, Mohammed Isa Funtua, is a nephew of the late Bullet owner, Ismaila Isa Funtua. He worked with People’s Daily Newspaper, in which his uncle, late Ismailia Isa Funtua was one of the owners/shareholders.

He was appointed Special Adviser on Print Media by the then Speaker of the House of Representatives, Aminu Tambuwal, while his late friend, Imam Imam, was the Chief Press Secretary to Tambuwal.

Before his death, Isa Funtua was the Special Assistant to the President of the Senate, Ahmed Lawan, at the National Assembly, NASS.
He was also a Special Assistant on Public Affairs to then President of the Senate, Bukola Saraki, between June 2015 and June 2019.
According to Ben Agande, a long term friend and colleague, Isa Funtua, had many years ago expressed the wish to be buried in Funtua, and not Abuja so that his family members in the hometown can have access to his graveside.
In a condolence message, Publisher of PRNigeria and Economic Confidential, Yushau Shuaib, described Ndayebo and Isa Funtua as consummate journalists.
“They were strategic communicators par excellence, moving from media houses to public relations as a former Commissioner of Information in Niger State, and spokesperson to the Senate President, Ahmed Lawan, respectively.”
According to Shuaib, not only Niger and Katsina States, but Nigeria has truly lost two eminent personalities in the communication industry.
He begged Almighty Allah to grant them Al-Jannatul Firdaus.
Also, Editor-In-Chief of Greenbarge Reporters online newspaper, Yusuf Ozi-Usman, paid glowing tribute to the two journalist cum spokesmen and prayed to Allah to forgive them their sins.
Yusuf Ozi-Usman worked as line editor with late Isa Funtua, who was the Presidential Villa correspondent for Peoples Daily. Yusuf Ozi-Usman later took over from Funtua at the Presidency when the former moved to National Assembly as spokesman.