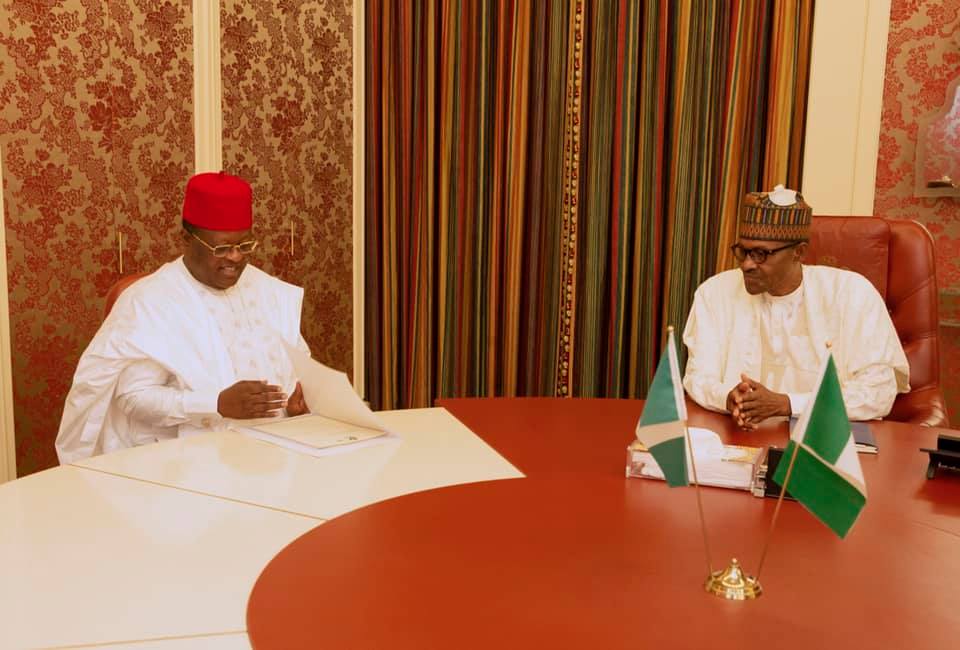 Two Peoples Democratic Party (PDP) governors, Nyesom Wike of Rivers State and David Umahi of Ebonyi, were at daggers drawn yesterday, December 13 over a costly joke the former cracked on the latter’s relationship with President Muhammadu Buhari.
Information reaching us indicated that Umahi at a meeting of PDP governors and prominent party members in honour of Governor Wike, organised by his Ikwere people in Port Harcourt, a joke the Rivers State governor made of the Buhar/Umahi relationship struck the wrong cord in the Ebonyi State governor.
The meeting was said to have begun on a convivial note and exchange of banter. Then entered Umahi, and Wike jokingly welcomed him, saying, “Ah, here comes Buhari’s man!”
The remarks elicited laughter from the other governors, but it did not end well with Umahi, who angrily asked Wike: “Who is more Buhari than you? I have many of your pictures with Buhari which are not known to the public!.”
Governor Umahi then threatened to make Wike’s pictures with Buhari public if he was provoked further by his host.
Those present said Governor Wike was speechless.
Umahi’s response was said to have ended the discussion on Buhari and the meeting moved to discuss other issues.

We’re Going To Have Bumper Harvest In Katsina Despite Insecurity, Gov Masari