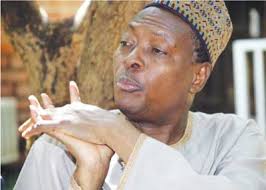 Four Nigerians have gone to court, challenging the qualification of President Goodluck Jonathan to contest the February 14 Presidential election under the platform of the Peoples Democratic Party (PDP).

In an originating summons issued by Malam Yusuf Ali, SAN, the plaintiffs contended that Jonathan was ineligible for re-election ‎because to do otherwise is to allow him spend more than eight years allowed for anyone to serve as president.

They asked the court to declare that by virtue of the provisions of the constitution it was unconstitutional, unlawful, illegal and not permissible for any person to occupy the office of the president of Nigeria for more that a cumulative and aggregate period of eight years when the country was not at war‎.

They asked the court to declare that in computing the period already spent in office as president by Jonathan, the period from 6th day of May, 2010 to 28th May 2011 should be reckoned with.

They also sought a‎ declaration that having spent a period of more than four years in office as president reckoned from 6th day of May, 2010, Jonathan is without competence, authority or entitlement to contest for the same office for another term of four years.

The  trial judge, Justice Ahmed Mohammed has fixed the case for February 11th for the hearing of the originating summons.

Two similar cases were pending before the same court. [myad]