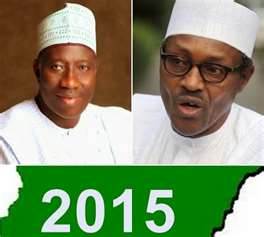 The Economic Community of West African States (ECOWAS), is worried that hate speeches, promoted by social media is constituting a major danger to the process of elections in Nigeria.
This is one of the observations made today by the ECOWAS electoral monitoring team, headed by the former President of Ghana, Kufor when the team conferred with President Goodluck Jonathan today at the Presidential Villa, Abuja.
Briefing newsmen shortly after a meeting with President Jonathan today, one of the delegates, Salamatu Suleiman said that other observations which the team made in the course of the process leading to the postponed general elections have been documented and presented to the President.
The same document, she said, would also be presented to the Presidential candidate of the main opposition All Progressives Congress (APC), General Muhammadu Buhari before the new dates for elections, which are March 28 and April 11.
The chief electoral observer of the European Union (EU), Santiago Fisas, also led his team to also confer with President Jonathan, who he said, assured him that  the inauguration of the next president will take place on May 29th.
“I think this is very good news because this is constitutional.”
Santiago said that the team had also met with all the candidates for the elections, including General Buhari “just to have exchange views about the elections.”
Asked if he believed that President Jonathan would keep to his word, the EU electoral monitoring leader said: “Yes. I don’t see why I should doubt that. The President said that publicly and also to us. We asked questions on security and he said to us that in a very short period of time the security situation will improve a lot.”