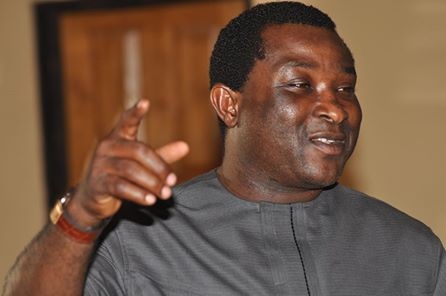 President-General of the Ikwerre Youth Movement and member of the Rivers State House of Assembly, Hon. Azubuike Wanjoku, has described the political battle in Rivers State as a clash between Christianity and occultism.

Wanjoku said this at praise, prayer and worship conference organised by Ikwerre Youth Movement (IYM) and Ikwerre Women Forum (IWF) in honour of all the candidates of the All Progressives Congress (APC), led by governorship candidate, Dr. Dakuku Peterside. The ceremony which held at IYM International Secretariat, Alimini, Isiokpo brought together, Ikwerre sons and daughters, including Governor Chibuike Rotimi Amaechi and friends of Ikwerre like Dr. Peterside.

Wanjoku who decried the intimidation and senseless killing of APC members in the state, said they are praising and worshipping God because He has promised freedom for APC.

“We are here because God is on our side. We will not vote for a man without religion. And we must inform the world that the battle in Rivers State is between Christianity and occult but we shall be vindicated because we are children of God.

“Many of you know that Nyesom Wike is my in-law but he is not fit to be a governor. He formed Grassroots Development Initiave, GDI which means Go and Destroy Ikwerre. We are praying here today because PDP has increased killings in Rivers State and we are asking God to liberate us from this power of darkness. And in Jesus name, we will overcome.

Wanjoku described Wike as a traitor who has chosen to bring death and destruction to his own people instead of development and progress. He called on Ikwerre people to reject PDP and their candidates because like Wike, they represent darkness and death. He added that Christians cannot afford to mortgage their freedom of worship and association for anything, warning that everybody must be vigilant and vote for APC which is freedom.

The prayer session also featured goodwill messages and praises from Dame Judith Amaechi, wife of the governor; Hon. Vicky Nyeche, President, IWF; Chief Tony Okocha, Secretary-General, IYM and others. The speakers who described APC’s candidates as forthright and visionary, called on the Ikwerre and people of Rivers State to turn out en mass and vote massively for the APC on March 28 and April 11.

Responding on behalf of all the candidates, Peterside commended Ikwerre youths, men, women and professionals for supporting APC even in a season of persecution.

“I want to thank Ikwerre people for their exceptional love for us. Standing up for truth, I must say, is not always easy but we know the Ikwerre are courageous. You have once again confirmed my earlier endorsement by the Supreme Council of Ikwerre Traditional Rulers in Isiokpo.

“Again, let me use this medium to thank Ikwerre traditional rulers, Ogbako Ikwerre, Council of Ikwerre Professionals and Ikwerre in Diaspora. We will bring development and empowerment here. I will not disappoint you, I promise”.

Meanwhile, Dr. Dakuku Peterside has called on Nigerian students to take their destiny in their hands by demanding for capable and purposeful leadership.

Peterside made the plea at Onne, Eleme Local Government Area when members of National Association of Eleme Students paid him a solidarity visit during Ward 7 mega rally at State School.

APC candidate told the students that it is in their interest to demand answers from any incompetent, corrupt or visionless leadership, adding that failure to do so amounts to either complacency or conspiracy. He described the political struggle in Rivers State as essentially a battle for the youth and their future. He therefore called on them to vote for APC so as to secure that future.

“Let me remind you that you are the future of Eleme. The entire struggle we are engaged in today is because of you, so that you can get employment opportunities and live well after graduation. We also want you to have proper identity as an Eleme person so that you will walk with pride in Nigeria and in Rivers State. You are old enough to challenge oppression in your land, you are not too young to defend your fatherland. I want to see a renaissance and a new vision in Eleme.

Peterside thanked the students and his supporters in Ward 7 for the warm reception and their door-to-door campaign which is already yielding huge dividend in the area. He also commended party leaders for persevering even in the face of persecution. Goodwill messages also came from supporters, candidates and leaders like Oji Ngofa who spoke on the successes of the party so far.

Responding, Peterside expressed delight over APC’s popularity in every nook and cranny of Eleme.

“I must say that this rally can pass for a local government rally in the other party. Who again will vote for them? Eleme people, you will be appropriately rewarded. People can take everything from you but don’t allow them take your identity. If you allow them, your children will never forgive you.”

He pledged to work very hard to bring Onne to where it should be as a strategic town in Rivers State but pleaded with the people to use the coming election to liberate themselves. He said APC remains the only medium of that liberation, insisting that he is convinced God wants to use General Muhammadu Buhari to liberate Eleme and Nigeria.  [myad]