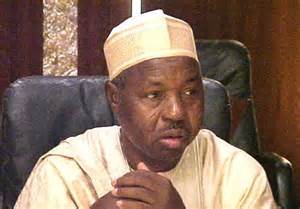 Former speaker of the Nigeria;s House of Representatives, Alhaji Aminu Bello Masari has emerged the governor-elect for Katsina state even as the current Kwara state governor, Alhaji Abdulfatah Ahmed was returned for second-term, on the platform of All Progressives Congress (APC).

Masari, who is coming from the home state of the President-elect, General Muhammadu Buhari of APC, was declared winner by the INEC against his opponent, Engineer Musa Nashuni of the PDP.

Announcing the result, the returning officer of the INEC, Professor Lawal Suleiman showed that the candidate of the PDP, Engineer Musa Nashuni, scored 476,768.

Also, the Chief Returning Officer for Saturday’s governorship and state assembly polls in Kwara state, Professor Musbawu Akanji, declared the incumbent governor, Alhaji Abdulfatah Ahmed as the winner of the governorship election in the state.

Also, he said that APC won all the 24 seats of the state house of assembly.