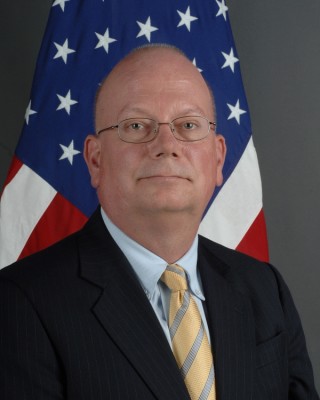 The United States of America, through its Embassy in Nigeria has lamented what it called “electoral irregularities” in Rivers and Akwa Ibom states.
In a statement reacting to the April 11 state governorship and House of Assembly elections, the embassy said that the elections held in both states were inundated with irregularities.
“We have seen the reports of violence and alleged irregularities, particularly in Rivers and Akwa Ibom states,” the statement added, even as it asked the aggrieved parties “to pursue their grievances peacefully in the judicial arena.”
The embassy commended President Goodluck Jonathan and the President-elect, General Mohammadu Buhari, even as it regretted any loss of life and destruction of property.
“We commend the leadership of Nigeria’s political parties, notably President Goodluck Jonathan and President-elect Muhammadu Buhari, for urging their supporters to conduct themselves peacefully throughout the electoral process,” the statement added.
The US congratulated the people of Nigeria and the Independent National Electoral Commission (INEC) for an electoral process on April 11, 2015 that generally went well across the country and built on the success of the March 28 polling process.
[myad]