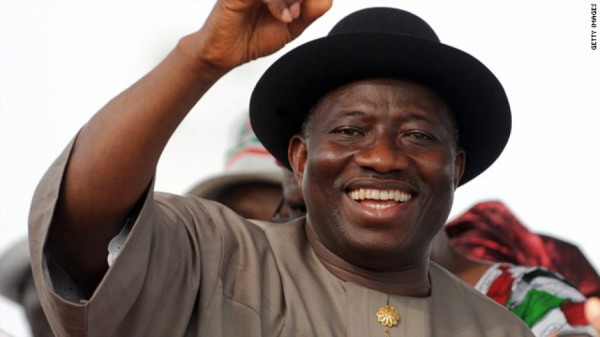 President Goodluck Jonathan has said that he dedicates thie year, 2015 to the Nigerian youths which is why his administration has opened 12 more universities to absorb them.
The President, who campaign train reached Port Harcourt, the Rivers State capital today, told a tumultuous crowd: “this year is dedicated to the young people. We wanted to make sure that all states had federal universities and expand the capacity of school system to admit youths. That is why we built 12 new federal universities.”
The President thanked the people of Rivers state for their support, even as recalled how he had spent most years of his growing up in Rivers.
The President asked the crowd at the Adokiye Amasiamaka stadium to keep supporting all the candidates of the People’s Democratic Party (PDP) across all levels, promising to work with the people to bring development to the state.
President Jonathan, who spoke briefly, pledged to leave an indelible mark in the state if he is re- elected even as he accused the All Progressives Congress, (APC) of being insincere in its allegation that he has not been doing anything for Rivers and Bayelsa people.
He added that the same party has also accused him of concentrating developmental projects in the Niger Delta.
The President made it clear that he would rather concentrate on how his administration agenda is transforming all facets of national life.
The Vice President, Mohammed Namadi Sambo said that President Jonathan has made Nigeria’s economy the largest in Africa while bringing back the moribund rail sector.
Speaking earlier, the First Lady, Dame Patience Jonathan asked the people to give 2.4 million votes to her husband on February 14, over and above the 2 million votes they gave in 2011.
Both governor of Akwa Ibom state and former governor of Rivers state, Godswill Akpabio and Peter Odili respectively had said that since the South South region had carried the country’s economic burden for 50 years, President Jonathan should be allowed to do a second term in office unconditionally. [myad]