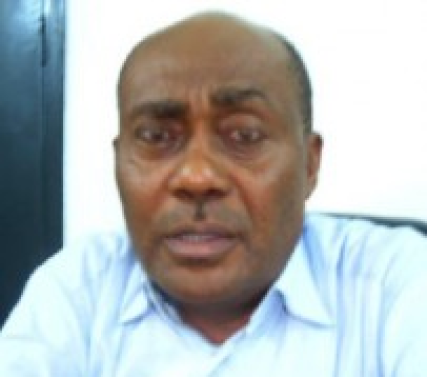 Chairman of the Rivers State All Progressives Congress (APC), Dr. Davies Ibiamu Ikanya has alleged that the ruling Peoples Democratic Party (PDP) is not ready for the 2015 general elections because its plans to massively rig the elections have been disorganized by the introduction of card reader.
In a statement today, Dr. Ikanya said that PDP’s lack of readiness is predicated on what he called its desperation to scuttle the polls with one booby trap after another.
“The rejection by PDP and President Goodluck Jonathan of the card reader machines which the Independent National Electoral Commission (INEC) has successfully tested and intends to use for the March 28 and April 11 general elections did not come to us as a surprise because PDP as a party has not prepared well for the polls.
“It had hoped to rig its way to victory as usual and has purchased and hoarded the Permanent Voters Cards (PVCs) of many Nigerians but has been frustrated by INEC’s ingenuity in introducing the card reader machines, which has disorganised its rigging plot.
We can know understand why 14,000 PVCs of the Rivers State electorate have been declared missing by INEC as these are some of the cards stolen by PDP in its bid to rig the elections.
“After succeeding to postpone the February 14 presidential election to buy time and seeing that Nigerians are hell-bent to sack his clueless and corruptive administration, Jonathan and his failed party are now preoccupied with their satanic plot to sack INEC Chairman, Professor Attahiru Jega, and bring in someone who will do their bidding by abandoning the use of card readers so as to create the necessary foundation for them to rig.
“Their rejection of the card reader machines after the same machines were approved and the contract for their purchase awarded by the Federal Executive Council under the watch of President Jonathan simply demonstrates that Jonathan and his doomed party are either not ready for this election or are looking for anything they can use as an excuse to abort it once again.”
Dr. Ikanya stressed that the last-minute rejection of the card readers shows how jittery Jonathan and PDP have become, as they are aware that PDP can never win any credible election in Nigeria.
He challenged Nigerians to rise as one and insist that the card readers must be used for the polls even as he said that it is too late in the game to change the rules.
“PDP and President Jonathan have no hiding place anymore. They should be ready to face APC at the polls on March 28 and April 11 or get ready to face the wrath of Nigerians, who cannot afford to bear another four years of suffering and gnashing of teeth under Jonathan and his evil party, the PDP.” [myad]