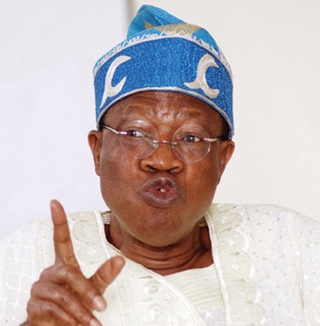 All Progressives Congress (APC) has said the Peoples Democratic Party (PDP’s) opposition to the use of Card Readers in this month’s rescheduled elections has confirmed its earlier fear that the ruling party is doing all in its powers to either prevent the election from holding or to rig it.

In a statement issued in Lagos today by its National Publicity Secretary, Lai Mohammed, the party described as curious the fact that the PDP that rushed to the press to deny the APC’s claims quickly turned around to confirm them.

”At the press conference we addressed on Wednesday, which rattled the PDP and the Jonathan Administration so much, we listed the conditionalities of the PDP/Jonathan Administration for holding the election: No PVCs, No Card Readers, No Jega and the fact that they want the military deployed to harass and intimidate voters.

”We mentioned ‘Card Readers’ at least three times during the press conference, and said they (PDP/Jonathan Administration are doing everything possible to sabotage the machine and prevent its use.

”Both the spokesmen for the PDP and the Jonathan Campaign Organization rushed to the press to deny any such ‘reprehensible’ plan. But a few hours later, the spokesman for the campaign organization told an incredulous country that they would oppose the use of Card Reader, apparently after the spokesmen were overruled by

their party. Obviously, these men are outsiders in their own party and it is now obvious that the opposition knows more about the inner workings of their party than they do,” it said.

The APC said in an apparently-choreographed show, some 15 portfolio political parties called a press conference to also announce that they will oppose the use of the Card Reader, vowing to boycott the elections and use a legal process to prevent the use of the machine.

The party said these syndicated threats are the latest indications of the mortal fear in the corridors of power about the machine that has now become the nemesis of election riggers and manipulators worldwide.

It said contrary to the claim by the PDP, Nigerians are ready for a free, fair and credible elections to be made possible by the use of the Card Reader, and will massively resist any move to dump the machine.

”Nigerians have sacrificed all they can to obtain their PVCs, which is now their most-prized possession. They have also hailed the plan by INEC to use the Card Reader to give Nigeria credible polls. Only

“For the avoidance of doubt, our party is ready for any tool, including the Card Reader that will ensure that the votes of Nigerians will count in the forthcoming election. In this regard, we sincerely hope that the nationwide tests of the Card Reader to be carried out this week by INEC will not be sabotaged by those opposed to the machine.

The Card Reader has been demonstrated to work, including at the Senate, and no one must come out to tell Nigerians anything to the contrary.

”The huge investments in providing PVCs for Nigerians will not be worthwhile if the cards would not be authenticated by Card Readers which, by the way, have been used in many other countries, all of them

The party said it is taking the forthcoming elections very seriously and closely monitoring every move of those who do not want the elections to hold, or if they must hold at all, only on their own terms.

It said, for example, that the party (APC) is aware of an all-night meeting (Wednesday/Thursday) between a South-west Governor and security chiefs on how to rig the forthcoming polls in the geo-political zone, but it remains convinced that no one is powerful enough to stop an idea whose time has come.

The APC thanked Nigerians, both within and outside the government, for their efforts in keeping a close eye on those planning to sabotage the forthcoming polls, imploring them not to relent since eternal vigilance is the price of freedom. [myad]