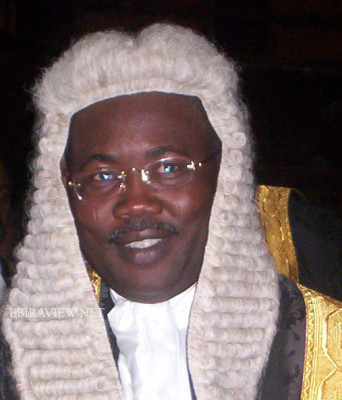 All Progressives Congress (APC) Presidential Campaign Organization has asked the federal government to respect the various decisions of the highest courts in the country which ruled that the military and all armed personnel should be kept out of the nation’s election processes.

“Following recent calls by our Presidential Candidate, General Muhammadu Buhari and the Chairman of our party, Chief Odigie Oyegun that the military be kept of our elections, so that they can focus on the challenges posed by the insurgency, we wish to draw attention to critical decisions of the Court of Appeal and the Supreme Court directing that the military stay out of the election processes,” the party’s Presidential Campaign Organisation said in a statement in Abuja today.

The statement, signed by the Director of Media and Publicity, Garba Shehu, said that the Supreme Court had in 2005 handed down a directive to the military, the government and the electoral commission to keep the armed forces out of elections.

Garba Shehu recalled that a landmark case cited as “MD Yusuf Vs Obasanjo, 2005” in the Nigerian law reports, the Supreme Court of Nigeria ruled that: “it is up to the police to protect our nascent democracy and not the military otherwise the democracy might be wittingly or unwittingly militarized. This is not what the citizenry bargained for after wresting power from the military in 1999. Conscious step or steps should be taken to civilianize the polity and thereby ensure survival and sustenance of democracy.”

He said that in another case, “Buhari Vs Obasanjo (2005)” as reported in the Nigerian Law Reports, the Supreme Court ruled that: “The state is obligated to ensure that citizens who are sovereign can exercise their franchise freely, unmolested and undisturbed.”

He said that in yet another majority decision, the Court of Appeal in Buhari Vs Obasanjo (2005) ruled that: “It is appropriate at this juncture to make some observations. I believe the time has come in our learning process to establish the culture of democratic rule in this country to strive to do the right thing, particularly when it comes to dealing with electoral process, which in my view is one of the pillars of democracy.

“I believe in spite of the non tolerant nature and behaviour of our political class in this country, we should by all means try to keep armed personnel of whatever status or nature from being part and parcel of our election processes. The civilian authorities should be left to conduct and carry out fully the electoral processes at all levels.”

Garba Shehu said that in the light of this, it is preposterous of the military to hold back the hand of the INEC from going forth with elections scheduled for February 14.

“Their business of protecting the country’s territorial integrity and crushing the insurgency is understood and well-respected. The elections on the other hand are not in their preserve. Let them mind their own business and INEC, police and parties mind their own.

“In the light of the above, we urge all stakeholders to ensure the sanctity of the new dates of March 28th and April 11th, and help confine the military to their challenging assignments by keeping them out of the elections.” [myad]