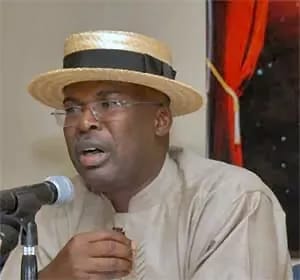 Announcing the result at the APC secretariat in Yenagoa by Mansur Alli, Chairman of the Electoral Committee, Bayelsa APC primary election, said a total of 1147 delegates were accredited.

Alli said: “Out of 1,147 accredited delegates for the primary election, Timipre Sylva scored 981 to win other 18 aspirants who participated.

“On the result, five aspirants scored zero, there were 1120 valid votes and 27 voided votes in the election,” he said.

Speaking after the result was announced, Sylva commended the electoral committee on the smooth conduct of the primary election.

Sylva said he was ready to bring the much desired change to the people of Bayelsa.

He urged all the delegates and other aspirants to support his candidature to move the state forward. [myad]