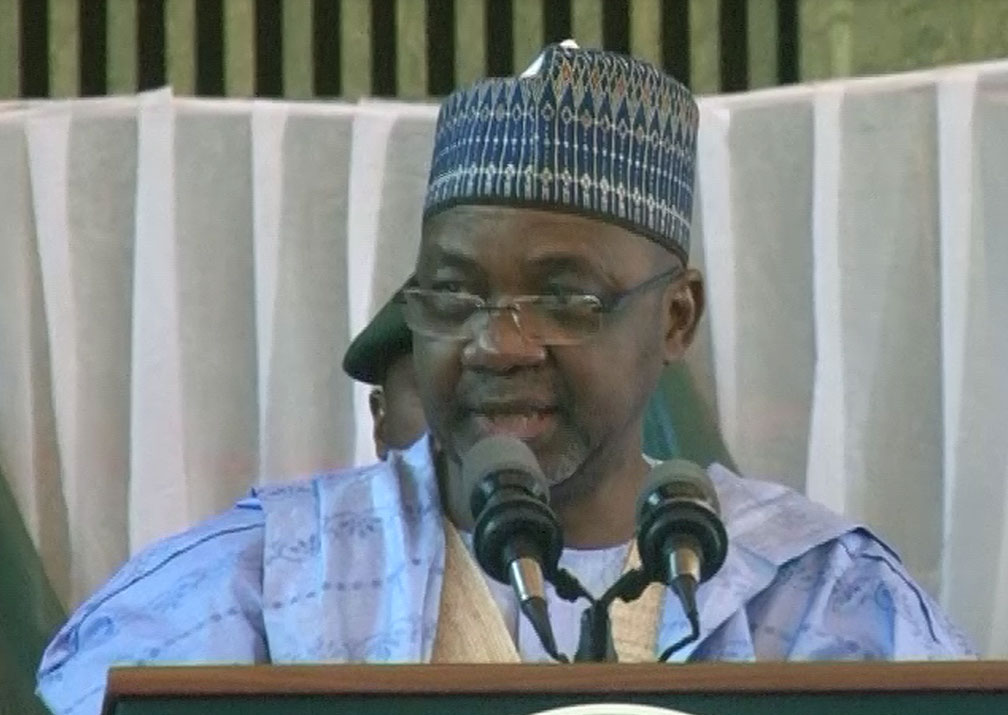 Vice-President Mohammed Namadi Sambo has offered a special advise to the Presidential candidate of opposition All Progressives Congress (APC), General Muhammadu Buhari that his plan to personally lead the war against members of Boko Haram if he wins the February Presidential election will be suicidal.

Namadi Sambo who gave the advice at the Peoples Democratic Party (PDP) Presidential Rally in Yola, Adamawa state today, said that his advice was against the backdrop of the advice given to Buhari by his presidential running mate to personally lead the war against Boko Haram if elected President in next month’s presidential election.

He therefore urged General Buhari to ignore the advice from his running mate, saying that any attempt by Buhari to lead such war would amount to a “suicide mission” in view of his age.

The Vice President suggested that APC should allow President Jonathan to continue to adopt what he called “a more scientific and modern” warfare in tackling the menace of the Boko Haram insurgency.

“I want to seize this opportunity to draw our attention to a publication, last week, credited to the vice-presidential candidate of the APC that their plan is to ask their presidential candidate, retired Major General Buhari, to lead the war against Boko Haram. I want to ask you a question, a retired 73-year-old General – can he run? No!

“Okay, let’s assume that he can run; how many metres can he run before he falls? The training of a General that retired in 1985 is it the same training that can address a modern war? No!

“Now we are fighting war with drones, with new ideas that our President, a PhD holder, a scientist that is using (his knowledge) to address the security issues of this country.”

Namadi Sambo added: “will he (Buhari) go with a suicidal proposal?”

He asked the electorate to support President Goodluck Jonathan, saying Jonathan is the answer to the nation’s security and the answer to its development.

Namadi Sambo reassured that the PDP-led administration would continue to do its best in addressing the nation’s security challenges across the country, adding that the President had earmarked funds for the completion of two hydro-power dams in Adamawa.

“I want to give you this good news that Mr President has approved the development and completion of Kiri Dam and Jada Dam.

“All these Dams will be provided with hydro-electricity power and an irrigation scheme, with which we are developing economic corridors in Adamawa state.

“In addition to that, in the transport sector, I have good news for you. Mr President has approved the dredging of River Benue.Very soon, we will have a river port and ships and boats from different parts of the world will be here in Yola.’’

The Vice President called on the electorate in the state to ensure that they obtain their PVCs to enable them to vote for President Goodluck Jonathan and all other PDP candidates in the Feb. 14 and 28 general elections.

In his remarks, a chieftain of the PDP and a former Minister, Senator Jubril Aminu, said Adamawa people had resolved to vote for Jonathana/Sambo ticket as well as other PDP candidates in the state during the February elections. [myad]