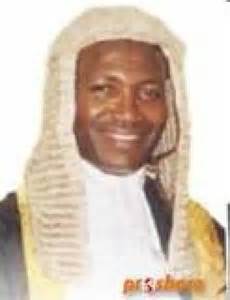 Lawyers to All Progressives Congress (APC) and its presidential candidate, General Muhammadu Buhari Chief Wole Olanipekun and Lateef Fagbemi told the Federal High Court in Abuja that they would file applications challenging the competence of the suits against Buhari’s qualification to contest the 2015 Presidential election. They would also challenge the entire steps taken in the suit so far, including the orders of service through substituted means.

Justice Adeniyi Ademola had, in two separate suits challenging Buhari’s eligibility to contest in the election, last week granted ex parte orders permitting the plaintiffs to serve the defendants in the suits through newspaper publications. He directed that General Buhari and APC should be served through substituted means‎ in a suit challenging Buhari’s eligibility to stand for the March 28 poll.

The court had also granted an order of abridgment of time within which the defendants must respond to the suits.

Though, Buhari and the APC had yet to file any papers in the suit, their lawyers – Chief Wole Olanipekun and Lateef Fagbemi – urged the court to adjourn the matter to enable them to file all the necessary documents.

Fagbemi also urged the court to ‎set aside the order of abridgment of time within which the defendants must file their responses, arguing that the granting of the order hinged on urgency, had already been diminished with the postponement of the poll from February 14 to March 28.

The judge then adjourned till February 23.

The plaintiffs in the separate suits are Chukwunweike Okafor and Max Ozoaka. They were represented in court by their lawyers today.

Apart from Buhari and the APC, the Independent National Electoral Commission is a defendant in the two suits.

There are at least three other suits ‎seeking an order directing INEC to disqualify Buhari from participating in the poll because he among other things, failed to attach evidence of his academic qualifications to the form he submitted to the electoral body.

‎The plaintiffs are in their separate suits contending that the INEC FORM CF 001 submitted to INEC by the APC candidate submitted to INEC was incomplete and therefore urged the court to declare the form as incompetent.

They further stated that the failure of Buhari to accompany the INEC Form with evidence of his educational qualifications and evidence of his birth certificate or affidavit of declaration of age had altogether rendered the form inchoate.

Ozoaka, in a supporting affidavit to the originating summons, stated that the INEC Form submitted by Buhari did not meet the requirements under sections 31(1)(2) & (3), and 31(8) of the Electoral Act 2010 (as amended). [myad]