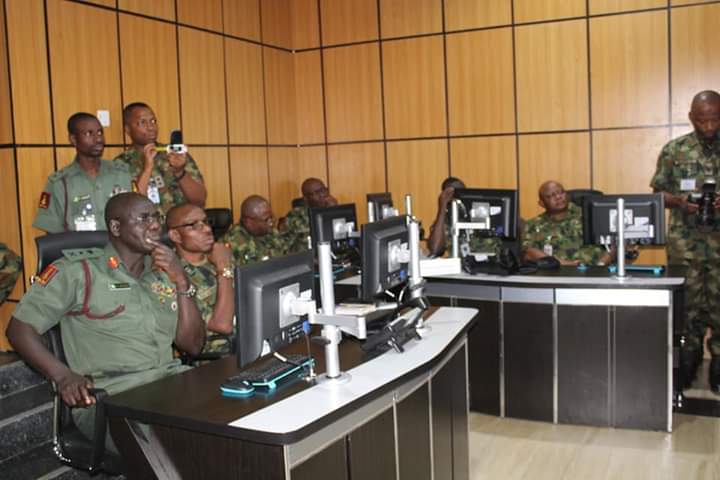 Few hours to the commencement of the 2019 general elections in Nigeria, security operatives and intelligent community are believed to have discovered plans by both local and foreign internet experts to hack the results of the election in favour of the opposition candidate.

Information reaching us at Greenbarge Reporters said that internet experts in some strategic parts of Nigeria as well as their foreign counterparts, a few of who are accredited electoral monitors, have made grand design to manipulate the results of the election, especially that of the presidency, which comes up tomorrow, Saturday.

It was gathered that hacking experts who manipulated President Donald Trump of America into office are part of those that have arrived in Nigeria and joined their local counterparts to repeat te US presidential election scenario.

Reports have it that the hacking of results of the elections for which millions of dollars have been sank, was one of the strategies adopted by the opposition in desperate move to wrestle power from the incumbent.

It was learnt that Governor Nasiru el-Rufai of Kaduna State made his famous ‘body bag’ statement based on the intelligent reports that foreign experts, under the cover of election monitoring, have been commissioned to come and manipulate the results of the elections.

See also:  Attacks On EndSARS Protesters: Count Us Out – Dept Of State Security

It was gathered that based on the fear of hacking of results, the Independent National Electoral Commission (INEC) has decided to conduct the entire elections manually.

According to arrangements, results of election at polling units will be moved to ward and to local government headquarters and subsequently to state capitals under the security protection of armed police personnel as well as other security operatives.

This measure, according to reliable security and electoral body sources, was part of the design to minimize the incidence of hacking and ballot box snatching.

Meanwhile, intelligent community is believed to have been battle ready, and had warned anyone, whether Nigerians or foreigners under whatever guises, to stay clear of voting points and routes.

This is even as the police authorities have made it clear that any police personnel and others on election duties who do not wear tags that have been provided for the purpose will be regarded as ‘fake police person’ and will be arrested and detained.

Lagos PDP To Atiku: We Are For You