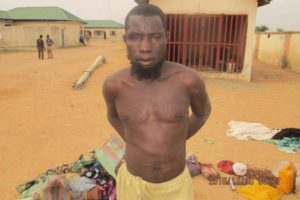 Recently arrested 400 suspected Boko Haram financiers and other terror suspects in Nigeria will be tried in Special Terrorism Prosecution Courts, to soon be reconstituted.

The nation’s  Attorney General of the Federation (AGF) and Minister of Justice, Abubakar Malami, in a statement yesterday, May 13 his spokesman, Dr. Umar Jibrilu Gwandu, said that the move is part of the many measures to address insurgency and growing insecurity.

The minister gave assurance that the Federal Government is committed to end insecurity in the country.

He said that in addition to prosecution of 400 suspected Boko Haram financiers, the government has taken more measures to counter the twin trouble of insurgency and insecurity.

Malami said that very soon, the Federal Government will, through the Federal Ministry of Justice’s Complex Case Group, resuscitate and reinvigorate the existing special terrorism prosecution courts in the country in order to bring to book all those found guilty so as to serve as deterrence to others.