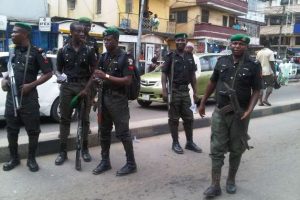 There are indications that six people kidnapped by gunmen at the University of Abuja staff quarters yesterday November 2 have been rescued successfully.
A staff of the University confirmed that the victims were rescued at Abaji, along Abuja-Lokoja Expressway.
The staff said this was achieved with the help of the Police and local vigilante.
“The rescued victims are currently at the Abaji police station,” the staff said.
In the early hours of yesterday, over 40 gunmen stormed the staff quarters of the University, located at Giri, along Abuja-Lokoja Expressway, attacked staff and their family members, and made away with six people: a Professor, his son and daughter, another Professor and two others.
The attack sent strong fears and panic among students and lecturers of the school, who had before now, registered their concerns about the poor state of security in the school and its environs, particularly the increasing number of strange faces and movements within the school campus.
Some of the frightened residents threatened to vacate the staff quarters as quickly as possible because of the fear of further attacks by gunmen.
The kidnapped persons include a nine-year-old son of Professor Bassey Ubong and his housemaid, one Deputy Registrar identified as Malam Mohammed Sambo, one Professor Sumaila Obansa Joseph with his son and one Dr. Tobins Ferguson Hamilton.
The Vice Chancellor of the University, Professor AbdulRasheed Na’Allah, Chairman and members of the Governing Council, and other management staff of the school as well as the police and detachment of soldiers and men of the Nigeria Security and Civil Defence Corps were the early callers at the venue of the attack.
Students at both the mini and main campuses of the University were seen in groups discussing the development, with fear and anxiety written all over their faces.
Victims and eyewitnesses told journalists that the gunmen took advantage of the porous nature of the school community, gained entry into the staff quarters through the unfenced part of the quarters, and began to unleash terror on the residents.
They confirmed that the operation started few minutes past 12am on yesterday and lasted for more than two hours.
Source: Daily Sun.