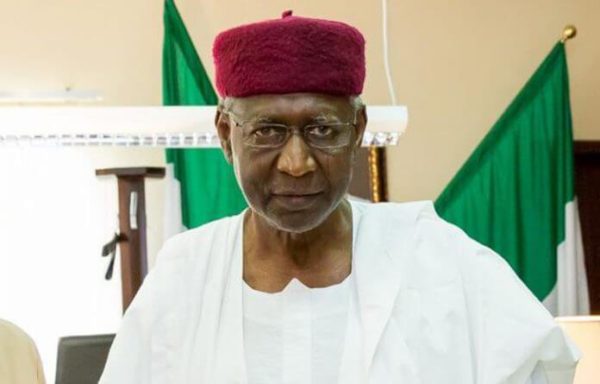 The Lagos State Commissioner for Health, Akin Abayomi has said that Malam Abba Kyari, Chief Of Staff to President Muhammadu Buhari is recuperating and seems well and happy. Abba Kyari was last week tested positive for the Coronavirus disease.
The Commissioner, who spoke today, March 31 when he fielded questions from journalists, said however that he didn’t know exactly the location Abba Kyari but that he had been in constant communication with him over strategic issues.
“I’m not aware of the Chief of Staff’s itinerary, so I don’t know where he is.
“We exchange messages on WhatsApp but from WhatsApp, you can’t tell where somebody is.
“We are exchanging information but I haven’t asked him for his location. He seems well and happy and we are exchanging information on strategic issues and it’s been a long time we’ve talked about his health so I presume he’s made a full recovery,” Abayomi said.
This came days after the Chief of Staff confirmed his health status in an official statement personally signed by him on Sunday.
In it, the presidential aide said that based on medical advice, he would be transferred to Lagos for additional tests and observation after testing positive for the COVID-19.
Kyari said that vhe would be getting treatment at his own expense in order not to burden the public health system, adding that he had not experienced high fever or any other symptoms associated with the disease.
He explained that he has been working from home since he tested positive for, and expressed optimism that he return to his desk soon.
Source: Channels TV.