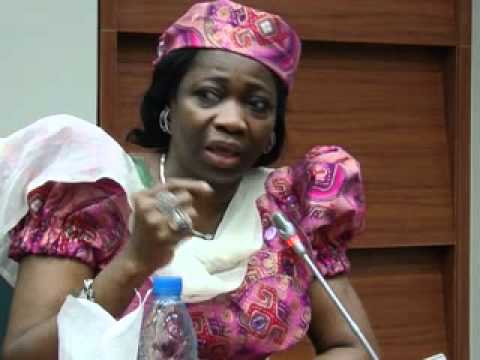 Chairman, House of Representatives Committee on Diaspora Affairs, Mrs. Abike Dabiri-Erewa, has described Nigeria First Lady, Patience Jonathan as “crude” in her actions, adding that she is “an embarrassment to Nigerians and Nigeria.”

Dabiri-Erewa added that the utterances during the recent campaign in the country by Dame Patience Jonathan took away the “poise” associated with the office of the First Lady, stressing that the First Lady remained the “worst.”

Abike was also reacting to a recent statement by the president’s wife where he described General Buhari as a dead-brain, adding: “Mrs. Jonathan is an embarrassment to the whole country. The only people shouting her praise or listening to her are the sycophants; outside them, nobody else does.

“She is crude and unrefined. When you travel out of the country, Nigerians keep asking you how we came this bad.”

Earlier, APC in a statement signed by the APC’s campaign’s Director of Media and Publicity, Mallam Garba Shehu, in Abuja on Wednesday, the party said the President’s wife was insultive. [myad]