Home NEWS Abuja Is Angry With Land Owners For Failure To Settle Over N29... 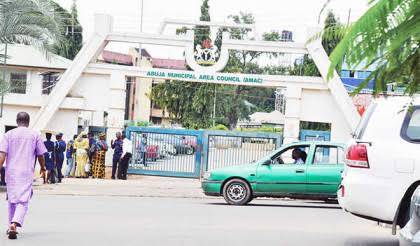 The Federal Capital Territory Administration (FCTA) is angry with property owners who have consistently failed to pay Outstanding Ground Rents of N29, 506,643,943.98 they owed the government, threatening to prosecute them shortly.

The Coordinating Committee on the Recovery announced that processes have already be commenced to deal with the recalcitrants.

The Director of Information and Communication in the FCTA, Muhammad Hazat Sule who also doubles as Chairman, Media and Publicity for Sub-Committee of the coordinating committee, in a statement today, Jun 29, said:  “property owners who have failed to pay risk prosecution, revocation, or outright forfeiture”. According to him, the FCT Administration decided to set up this Coordinating Committee because after several appeals and notices served the affected property owners, they have remained adamant.”

He said that the Committee is expected to formally start communicating to the affected persons and corporate bodies as from July 1, after which those who failed to comply in paying their outstanding debt would be prosecuted.

“The Administration is forced to adopt these measures due to the non-compliant by the affected individuals and corporate organizations.

“Government, therefore, wishes that the affected debtors will come forward and clear their outstanding debts to avoid prosecution, revocation, and forfeiture of their property.

“The Recovery Committee has already swung into action and perfected modalities towards achieving this onerous task, because the government needs resources to execute essential infrastructural projects in the Federal Capital Territory.

“The Committee, which has since been meeting to fine tune strategies for the task ahead, also warned debtors of dire consequences should they allow the committee to fully execute its mandate, if they refused to pay the outstanding land fees. The Committee wishes to assure that it will rigorously carry out its mandate to the latter, because ‘no stone will be left unturned’, in carrying out the assignment.”