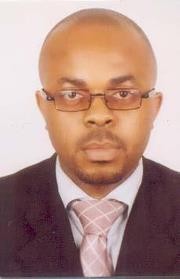 Executive Editor of the Nigerian Pilot, an Abuja Newspaper, Chuks Ohuegbe has resigned his appointment after a bitter disagreement with the chairman/publisher of the newspaper, Dennis Sami, who is a well-known ally of President Goodluck Jonathan.
The editor, who was entrusted with managing the titles of the newspaper, had observed that last weekend’s edition of the Nigerian Pilot was brimming with editorial and advertorial materials that were clearly in violation of the Electoral Act.
Ohuegbe, a thoroughbred Journalist and lawyer had suggested that since the paper was yet to be circulated, it should be repackage to avoid falling foul of the Electoral Act, especially as it related to the media in the current election season.
But Dennis Sami was said to have insisted that as the Editor-in-chief, he must have the last say on the matter even as Ohuegbe told him that as a lawyer and Journalist of over two decades, it was his responsibility to save the newspaper from litigation and needless embarrassment.
Information had it that Dennis Sami got angry at what he considered to be editor’s effrontery and slammed him (editor) with suspension which the Executive Editor disliked.
He therefore, decided to throw in the towel with immediate effect.

See also:  Osinbajo Sermonizes: We Stand At The Gates Of New Nigeria; A Nation Of God’s Promises