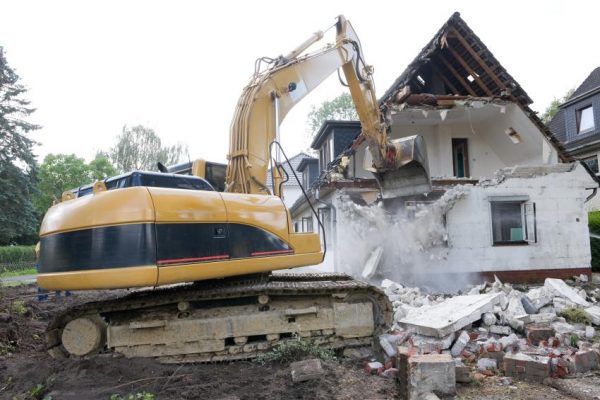 Residents of Abuja and its environs are crying for help as the Department of Development Control in the Federal Capital Territory Administration (FCTA) embarked on massive demolition of houses  amidst the current insecurity and hardship experienced across the country.

It would be recalled that several houses in the city have recently been pulled down by the FCTA over alleged illegal buildings.

Those who are affected are already complaining that the demolition without compensation is worsening the hardships as many them are now being displaced, while others are residing at displaced person’s camps, including students and children.

They said that in less than two weeks, over 800 structures have been destroyed, leaving the occupants to wander in search of where to put up.

The affected residents recalled that just last month, in June, the Chairman, FCT Ministerial Committee on City Sanitation, Ikharo Attah led a team to Lugbe-Across, Lugbe-Berger, Car wash and Lugbe Zone 5 along the Nnamdi Azikiwe International Airport Road where over 400 structures were destroyed on the ground of illegality.

The exercise, they said, lasted for eight hours with heavy security personnel.

When the residents the chairman if there was any compensation for the affected residents, he told them: “They have been warned before and when you commit illegality, we even ought to take them to court but we are leaving them. The Chiefs have denied that they gave them land.”

Similarly, over 137 hostels, hotels and other buildings at Iddo Sarki community in Aviation Village, adjacent to the main campus of the University of Abuja, Gwagwalada, Abuja, were all pulled down between last week and this week on the grounds of illegal acquisition of the plots.

Attah, Chairman of the task force, while addressing newsmen at the scene stated that the operation was in accordance with the FCT ministerial directive to remove all contraventions and illegal buildings within the FCT.

But the owners have lamented that even if they acquired the land without a titled document, it cannot be termed illegality and that the FCTA should have approached them right from the foundation and not when they had invested their life savings.

‘’Yes, the truth is that some of us bought our plots from the local chiefs. In every community, there are customary lands. That was what we thought. But they said the local chiefs have denied us. Good and fine, but the government is supposed to protect our interests because that’s why it is voted to power. How do you now protect the people by destroying their property and there is no compensation? “How do you now protect a land more than the property on it? Who owns the land? Is the government not formed by the people? Where was the government when we started the foundation? It’s so sad.

‘’Our government needs to be more sensitive to what directly affects the people. Now, how much is a plot of land in Abuja, and how much is a bedroom flat to rent? The government knows that only a few of them in government can afford these things. The same government that is crying over insecurity is pulling people’s houses and property down. And they are claiming they are addressing insecurity. This doesn’t add up to me. You are rather going to increase the crime rate in the FCT by way of displacing people,’’ affected landlords lamented.

More Landlords and students affected in the demolition said that they were left stranded in the rain, lamenting that it will be difficult to put their pieces together to start life all over again.

A student said: ‘’I rented an apartment here to study and unfortunately, I was not on ground when the government team came for the exercise. I have lost everything in the room. Where do I start from?’’ John Gabriel, a student of the University of Abuja said.

It was observed that after the team left the demolition scene, scavengers took advantage of the opportunity to loot property buried in the debris.