Home NEWS Academics Across The World Gather In Lagos, January 27, To Partner With... 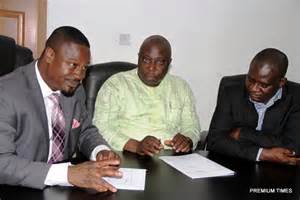 Academics across the globe, under the aegis of Academics Stand Against Poverty (ASAP) is organizing a symposium in conjunction with PREMIUM TIMES, Nigeria’s leading online investigative newspaper to address issues of campaign funding in political parties and its link with corruption. This is coming on the heels of the February general elections in Nigeria.
The inaugural symposium would have as its theme: ‘Political Campaigns and the Looming Tsunami of Poverty’ and Akin Oyebode, a Professor of International Law and Jurisprudence is expected to deliver the keynote address at the event which will hold on January 27th at the University of Lagos.
According to the Co-Chairman of ASAP, West Africa, Ismail Ibraheem, the discussion would be backgrounded on corruption that has been plaguing the nation and the forthcoming general elections.
“As a matter of fact, corruption has become endemic in the nation’s body politics,” said Ibraheem, adding: “needless stressing the fact that political corruption which can be traced to the iniquitous need to satisfy the urge of political godfathers and sponsors who bankroll the campaigns of candidates that eventually get elected into political office, is another major problem of Nigeria.
“The end result of political corruption is the diversion of public funds meant for developmental purposes into private accounts.”
Ibraheem noted that such political misdemeanor had not only set Nigeria backward but had largely contributed to the increasing level of poverty of its citizens.
“In the 15 years of this on-going democratic experiment, the only visible growth in the country is the democratization of poverty.”
ASAP is an organization established in the United States of America by Thomas Pogge, Professor of Philosophy, Yale University, to bring together academics from various institutions across the globe with the vision to fight poverty and aid development.
Speakers at the one day event include Rahman Ade Bello, the Vice Chancellor of University of Lagos; A.M Ninalowo, Professor of Sociology, University of Lagos; Mr. Pogge; and Ralph Akinfeleye, Professor of Journalism and Communication, University of Lagos.
Other speakers include Dapo Olorunyomi, Publisher of PREMIUM TIMES newspaper; Femi Aribisala, scholar and international affairs expert; Femi Fani-Kayode, Director of Media and Publicity of the Peoples’ Democratic Party’s presidential campaign; Femi Falana, human rights lawyer; Innocent Chukwuma, Regional Representative for West Africa, Ford Foundation; and Hussein Abdu, Director, Action Aid, Nigeria.
Ibraheem said the symposium would serve as an opportunity to lend a voice to the looming inequality and tsunami of poverty threatening the structural foundation of the country.
“ASAP believes that one of the ways to tackle poverty is to attack the root cause of poverty which is corruption.”