Home NEWS Adeleke Is Defeated But Not Down – Atiku 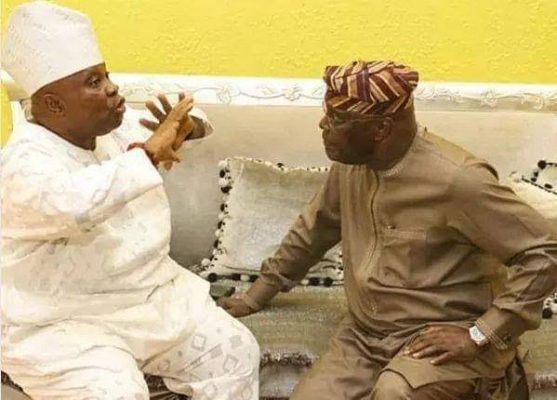 Presidential candidate of the Peoples Democratic Party (PDP), Atiku Abubakar has comforted, Senator Ademola Adeleke over his loss of electoral victory of Osun State at the Supreme Court.
In a statement today, July 5, Atiku said that the Supreme Court has ruled and because of its judicial finality, legal case is over.
“However, the love, acceptance and endorsement that the people of Osun bestowed on both Senator Adeleke and the Peoples Democratic Party is not over and cannot be overlooked.
“Those who think this is the end of the road for Senator Adeleke and the Peoples Democratic Party in Osun, are greatly mistaken. This is not the end. Not even the beginning of the end. No. Today marks the continued ascendancy of Senator Adeleke and his party in the hearts and minds of his people.
“They had expected that the progress and development that the Adeleke family had consistently brought to Osun will be translated to their governance. That hope is not dead. Only delayed.
“I extend my right hand of brotherhood to Senator Adeleke in all his future endeavours and I assure the good people of the state of Osun that the Peoples Democratic Party remembers their love and acceptance and will never forget to stand by them no matter the situation.”
Atiku urged the nation’s judiciary to take a pulse of the nation and reflect it, adding: “in their hands, God has placed a great responsibility. The duty to ensure that justice is done, irrespective of the pressure to do otherwise, by the powers that be.”

Atiku Accuses Buhari, APC Of Signing Away Sovereignty Of Nigeria Through Loans

Atiku Curses Those Who Link Him To Fraudster, Hushpuppi

Atiku Abubakar Reveals What Has Shocked Him In His Entire Life

For Atiku To Be President, By Yusuf Ozi-Usman