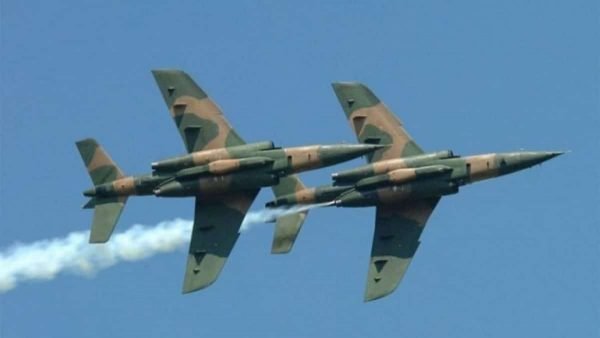 Coordinated multiple airstrikes by aircraft from the Nigerian Airforce (NAF) have destroyed strongholds of terrorist’s commanders at the Lake Chad axis.

An intelligence source involved in the operation said that the aircraft also bombarded the spiritual base and training camps of the terrorists in the North-eastern part of Borno State and the fringes of Lake Chad.

“Intelligence revealed that their leaders including Ali Chakkar and other top ISWAP commanders were holding a meeting when the attacks were launched on their locations.

“The precision-guided airstrikes coordinated by the Air Task Force Command resulted in the killing of very large numbers of ISWAP Boko Haram Terrorists.”

The NAF Spokesperson, Air Commodore Edward Gabkwet confirmed the attacks on the locations when contacted.

He said: “We don’t differentiate between Boko Haram and ISWAP terrorists as we successfully launched the devastating intelligence-led aerial attacks targeting the terrorists in those locations.”

The latest development is coming after a report suggested that Boko Haram and ISWAP terrorists have reunited in a 13-minute video showing the gunmen placing “their hands atop one another, while chanting words of solidarity, to demonstrate their reuniting and togetherness.”