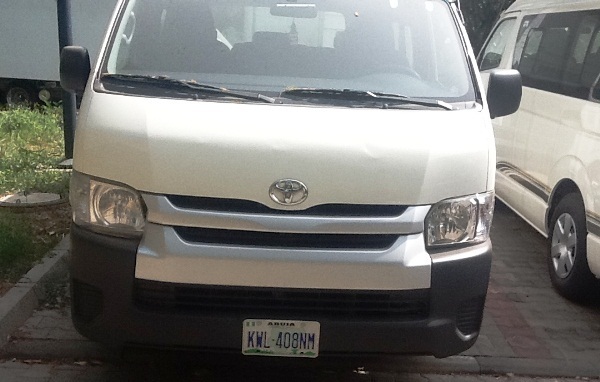 Allegations are gaining ground in the Aso Rock Presidential Villa, Abuja, of top aides of the Nigerian Presidency, embarking on massive looting just a few days to the handing over of government from President Goodluck Jonathan of Peoples Democratic Party (PDP) to General Muhammadu Buhari of All Progressives Congress (APC).

Information reaching us indicated that presidential aides in ‘Aso Rock’ have allegedly been converting properties, including a number of brand new ambulances and two new buses belonging to the Presidency to personal use.

It was gathered that the two brand new Toyota Hiace buses, which have disappeared into the private residence of the top media chief in the Presidency, were recently ordered to be purchased by the President himself to assist the movement of the personnel in the Presidential Media Unit during the presidential campaigns.

Our informants hinted that immediately President Jonathan lost the March 28 presidential election to General Buhari, the two vehicles disappeared from the Villa. The media personnel who were supposed to be the beneficiaries of the buses were said to have been surprised when old vehicles were brought out to convey them when the President was going to inspect the progress of work on the Umaru Musa Yar’Adua expressway and Kubwa expressway.

It was gathered that the two vehicles are yet to be returned to the pool since the Presidential inspection of the projects, even as the officials of the media team are complaining openly that the buses might have been cornered by the head of the Unit. 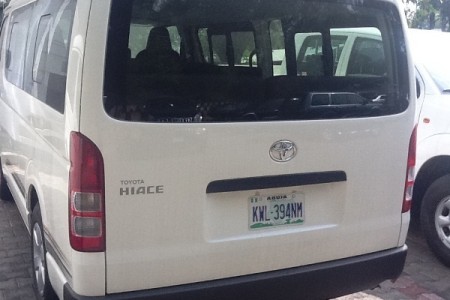 A personnel in the Unit expressed hope that the vehicles will be returned before May 29 handing over of government, adding: “I am sure you are aware that junior staff and even journalists do travel with these vehicles across the country.

“Whenever the President is visiting any state, we travel by road as ‘advance team’ ahead of his arrival. The two buses were bought because the old ones are no longer safe for long trip. So, we appeal to whoever is in custody of our buses to release them now for our safety.”

Similarly, many ambulance vehicles which have been stationed at the Banquet Hall of the Presidency, meant for distribution to Federal Government Hospitals in each of the 36 states of the Federation have also vanished shortly after the Presidential election.

“These vehicles have been parked here for over three years now, why is it that they disappeared few days after President Jonathan lost the election?

“We all know what is going on and we shall be ready to supply necessary information to the incoming administration at the appropriate time.”

It is on record that the leadership of the All progressives Congress (APC) recently raised alarm, alleging massive looting in the Presidency.

The party’s spokesperson, Lai Mohammed had said then that the APC has been “inundated with calls and messages by concerned Nigerians, alerting it to the unscrupulous actions of some Jonathan administration officials.”

However, special adviser to the President on media and publicity, Dr. Reuben Abati in his reaction to APC, denied the looting allegation, assuring that “in continuing to fulfill the obligations of his office, President Jonathan has not, and will never condone any form of unscrupulous conduct on the part of state officials.” [myad]