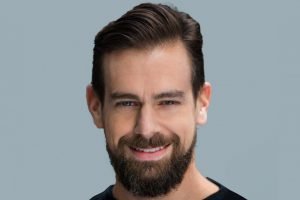 Citizen Adamu Garba, who was a presidential aspirant in the 2019 election in Nigeria, has dragged the Chief Executive Officer (CEO) of Twitter, Jack Dorsey to a Federal High Court in Abuja, the nation’s Federal Capital Territory (FCT), over an alleged plot to use EndSARS protesters to overthrow President Muhammadu Buhari.

Adamu Garba is also asking the Court to order the Nigerian Communications Commission (NCC) to shut down the social media platform, and as well to order the Twitter owner to pay $1 Billion as damages to Nigeria

The complainant, who has a Twitter account, posted a video today, October 20, explaining his action, insisting that Dorsey is sponsoring an alleged plot to oust President Buhari.

Adamu Garba said that the tech mogul threw his weight behind the donation of funds through a bitcoin account, stressing that as a patriotic citizen, he cannot sit idly.

In his fundamental human rights suit, Adamu Garba prayed the court to “direct the 7th respondent (NCC) to stop the operation of Twitter International Company in any part of the territory of the Federal Republic of Nigeria.”

He tweeted: “If you truly love Nigeria, you should love these demands from Jack:

“Pay $1bn as compensation to the victims of #EndSARS; Twitter to set up offices in Nigeria, hire Nigerians & pay taxes; He should apologize to Nigerian people & government”.

Garba added that the demands “should be celebrated.”

Twitter and Dorsey are yet to react to the lawsuit.