Home NEWS Anambra CAN Boss Complains: Gov Obiano Against Me Because I’m Not Anglican 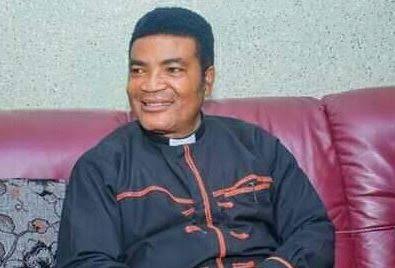 Chairman of the Christians Association of Nigeria (CAN) in Anambra State, Rev. Ndubuisi John has accused Governor Willie Obiano of marginalizing the Christian body in the state because most of them are of Catholic disposition.

Rev John who received the United Nations Peace and Positive Living Awareness Centre award recently, said that Governor Obiano had continually sunned him and his team since he assumed office as the CAN chairman, saying: “one should imagine it is religious bigotry; it depends on one’s perception. If I were to be an Anglican or Roman Catholic Bishop, he would not have treated me that way.

“It is unfortunate that no member of CAN in the state has been given a slot to participate in a pilgrimage to Holy land since the CAN regime came on board.

“In CAN we have five families, Catholic Secretariat of Nigeria, Christians Council of Nigeria, Pentecostal Fellowship of Nigeria, Organisation of African Instituted Churches and Evangelical Church Winning All, which I belong to and all handled the leadership of CAN in the state before I came in.

“He has been inviting me in many of the public activities and to be candid I have been showing up, honouring his invitation but he has not honoured my invitation to him.

“For the governor to have kept calm in the present CAN regime is not a good story. It is a very big challenge because the government should finance CAN.

“Ebonyi State Government gives N5million every month to CAN in the state to run the office. Imo is doing that and they have built ecumenical centre, area offices and employed people who work there. Delta has done the same, they built lodging centre and people are employed.

“Here in Anambra, we don’t have such. We have not even seen the governor’s face on a formal note. We have not been given that opportunity despite so many letters we wrote following so many channels.”

Count Us Out Of Biafra Republic – Anambra State