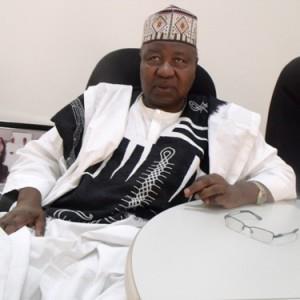 One of the six delegates representing the Supreme Council for Islamic Affairs (SCIA) at the ongoing National Conference in Abuja, Professor Muhammad Nur Alkali is dead. He became the fourth delegate to die in the course of the conference proceedings since it was inaugurated on March 17 by President Goodluck Jonathan.

The death of Professor Alkali was announced today by the Assistant Secretary, Media and Communication of the National Conference, Mr. Akpandem James.

James said in a statement: “The Secretariat of the National Conference on Saturday morning received with great grief the sad news of the demise of Professor Muhammad Nur Alkali, who was one of the six delegates representing the Supreme Council for Islamic Affairs (SCIA) at the 2014 National Conference in Abuja.

“Professor Alkali died in his residence in Maiduguri on the night of Friday, August 1, 2014. He was 68 years old.

“A Professor of History and two-term Vice Chancellor of the University of Maiduguri (1985 – 1992), the late Alkali was Director General of the Nigeria Institute of Policy and Strategic Studies (NIPSS) and Chairman, Presidential Advisory Committee under the administration of General Sani Abacha. More recently, he was a member of the Committee on Insecurity in the North East (The Boko Haram Committee)

“Conference Chairman, Justice Idris Kutigi (GCON), feels deeply distressed by this sad development and on behalf of the Conference Secretariat and Delegates, has expressed his deep condolences to the family of the late Professor, and the Supreme Council for Islamic Affairs, the platform which Alkali represented at the Conference. Justice Kutigi prays the Almighty receives his spirit and grants his soul sweet repose.

“Professor Alkali’s death was preceded by those of Barrister Hamma Misau (a delegate on the platform of the Retired Police officers), from Bauchi State, on Thursday, March 27, 2014; Dr Mohammed Jumare (A delegate from Kaduna State) who died on Monday May 5, 2014 and Professor Dora Akunyili (a delegate who represented Anambra State) on June 7, 2014.” [myad]