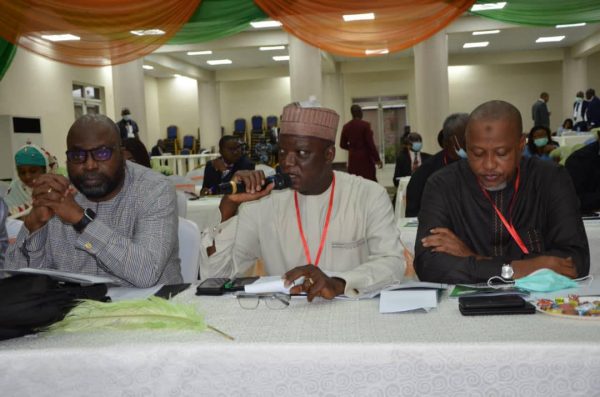 The Independent Corrupt Practices and Other Related Offences Commission (ICPC) has held a two-day capacity-building retreat for members of the House of Representatives’ Committee on Anti-Corruption.

The retreat, according to ICPC spokesperson, Mrs. Azuka Ogugua, in a statement today, September 22, was

to strengthen the collaboration of the agency with the House of Representatives in addressing corruption and Illicit Financial Flows (IFFs) in the country.

The statement quoted the Chairman of the ICPC, Professor Bolaji Owasanoye as having said at the opening of the retreat in Uyo, Akwa Ibom State, that the regulation of the cryptocurrency trading in Nigeria would help to prevent the swindling of unsuspecting members of the public.

He emphasized the need for more regulations to address IFFs and other related offences, adding that the breaches in the law and absence of regulatory framework have encouraged perpetrators of the crimes to continue to engage in the crime.

This, he added, would strengthen the economy, and lessen the rate of borrowings by the country.

“Nigeria needs regulatory intervention in cryptocurrency trading. Some people trading in cryptocurrency have used the digital currency and assets to engage in corruption, money laundering and terrorism financing. Corruption in digital assets is not easily traceable.”

He assured the legislators that the Commission would continue to cooperate with them to achieve its mandate of ridding Nigeria of corruption through lawful enforcement and preventive means.

The Chairman of the House of Representatives Committee on Anti-Corruption, Nicholas Garba Shehu, commended the Commission for collaborating with the House in the fight against corruption in Nigeria.

“The House of Representatives stands ready to partner with the ICPC in the achievement of its mandate which is to rid the country of corruption.”

Speaking on the topic: “National Security and the Opportunity Cost of Corruption,” Professor E.E. Alemika of University of Jos and a member of the Presidential Advisory Committee against Corruption (PACAC) decried the depletion of critical national resources with renewal due to corruption.

“We are having less and less of what we used to have and not refilling them. We have discouraged productivity, creativity and we are not investing in the real sector of the economy.”

Another paper on: “Public Service and Integrity, including the NEIP” was presented by representative of the former Chairman of ICPC, Ekpo Nta.

The 2-day event also featured an interactive session between the House of Representatives Members and the Management of ICPC on ways to improve the operations of ICPC.

The programme rounded off with a city tour of Uyo and a Dinner for the participants.