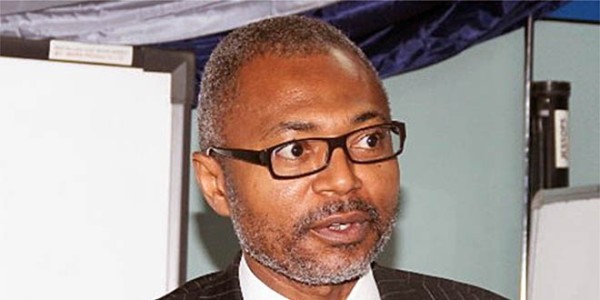 All Progressives Congress (APC) Presidential Campaign Organization has accused the National Broadcasting Commission (NBC) and Advertising Practitioners Council of Nigeria (APCON), two regulatory agencies of broadcasting and print advertising respectively of encouraging and promoting violence and hate materials coming from the Peoples Democratic Party (PDP).
APC said that by their inability to sanction erring radio and TV stations, industry players and groups who continuously breach extant laws and regulations governing activities of the agencies, the two organisations have given PDP the strength to get away with such bad habits.
In a statement, director of media and publicity for the Presidential campaign organisation, Garba Shehu, challenged the NBC to make good its threat to wield the big stick against erring broadcast stations by applying its Code to all industry players across board without fear or favour.
Garba Shehu made a particular reference to the assurances by the Director General of NBC that he would wield the big stick on erring broadcast stations that violates the Code, particularly when it comes to airing of political programs under the present political dispensation.
APC presidential campaign media chieftain said that the words of the DG of the broadcast regulatory body is heartwarming but that it must be matched with action if the NBC is not to be perceived as indirectly helping in promoting a culture of political violence in the country.
“The NBC has soon forgotten the role it played through its inaction against some TV Stations when they aired a dirty and false documentary on General Muhammadu Buhari, presidential candidate of the APC.
“The specific code that these TV stations have contravened is Section 3.1.2 of the NBC Code which states that “materials/statements likely to incite or encourage the commission of a crime or lead to public disorder shall not be broadcast.” This is a breach, which attracts severe penalty of suspension of license or outright withdrawal of the license of that station, but to the surprise of many industry observers and Nigerians, to date nothing has been done to the errant stations.”
Garba Shehu said that such actions or inactions of the NBC call into question the neutrality of many government regulatory bodies, especially in an election time like the nation is going through, where the incumbent President is on the ballot.
He condemned what he called “the seeming lack of free hand by various government regulatory bodies to call sanction breaches by the Jonathan government, his ruling PDP and groups associated with them.
Garba Shehu lamented that the situation is also the same with the Advertising Practitioners Council of Nigeria (APCON), the regulatory body saddled with the responsibility of screening print adverts for publication and issuing certificate of clearance.
He decried a situation where the PDP and its numerous agents acting under a blanket cover of immunity or impunity, by-pass these steps and clearances to place their many abhorrent and hateful adverts in disregard of laid down laws and regulations. [myad]