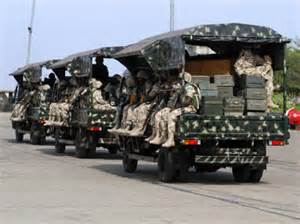 According to credible intelligence, threats within Abuja are being orchestrated by terrorists from their hideouts within Kaduna, Niger and Zamfara States.

“In view of this, NAF aircraft under Operation Whirl Punch were dispatched to undertake intensive air interdiction operation to degrade/neutralize the terrorists within their identified hideouts in Giwa, Birnin Gwari, Kajuru and Chikun LGA in Kaduna State and Kusasu, Kwaki and Kukere LGA in Niger State.

“These locations have been attacked decisively and were struck in successive passes until they went into flames, some casualties who were spotted to be struggling to scamper for safety were effectively mopped up,” a military air commander added.

The operations were aimed at stopping them from further planning to cause mayhem within Kaduna and Niger States as well as surroundings around the Federal Capital Territory.

When contacted on the latest developments, the Spokesperson of the Nigerian Airforce, Air Commodore Edward Gabkwet said that the successes of the air strikes underscored the indefectible commitment of the military to rid the entire Northern region as well as the FCT of terrorism in collaboration with other security agencies and restoring peace and sanity.

“Operational commanders have also been told to sustain the momentum and ensure they minimize, to the barest minimum, the freedom of movement of terrorists and insurgents.”