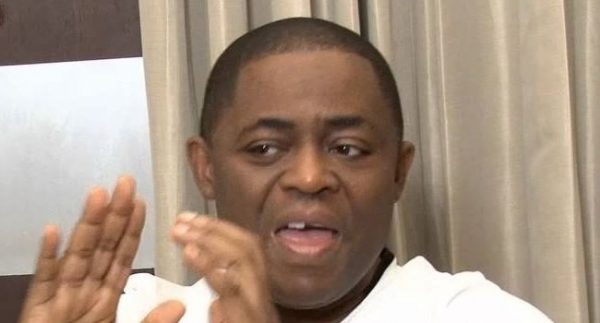 The Nigerian Army has protested vehemently against what it called “wild and unsubstantiated allegations” in a video that has gone viral, by Femi Fani-Kayode against it, regarding the recent spate of terrorist attacks particularly, the attack of the prison in Kuje – Abuja on 5 July 2022.

The Defence Headquarters, in a statement today, July 9, by its Director of Information, Major General Jimmy Akpor, described Fani-Kayode as “a known Rabble-Rouser.”

“Ordinarily, the video and its maker, would have been ignored, considering the antecedents of the person behind it as a known Rabble-Rouser. However, in the interest of members of the public who might be misled by the deliberate falsehood and the sensibilities of service personnel and their families who have been paying dearly to keep Nigerians safe, it has become urgent to respond to the video currently circulating in the social media.”

General Akpor recounted the allegations made by Femi Fani-Kayode, including the claim that the Department of State Security (DSS) informed the military about the impending attack on Kuje Custodial Centre and even the previous attack on the Kaduna –  Abuja rail service.

He said that Fani-Kayode also claimed that soldiers were withdrawn shortly before the prison attack.

“In all these allegations, Mr Kayode is merely playing to the gallery. He is not in any position to know whether the DSS notified the military of any attack or not. It may not be impossible that such a claim is part of a calculated attempt to cause division and rivalry amongst all Government Agencies that have been working collaboratively in addressing issues of insecurity in the country.

“The claim that soldiers were withdrawn from the Kuje Correctional Custodial Centre before the attack is laughable. It is sad that Mr Kayode is ignorant of whose responsibility it to guard prison.

“Mr Femi Kayode further claimed that the military took no action on the recent Shiroro terrorists’ attack, which resulted in the unfortunate death of some soldiers, some policemen and members of the public. This is also an attempt to smear the military and create bad blood between service personnel and the military high command.

“A despicable statement that dishonours the sacrifices of the gallant officers and soldiers that paid the supreme price whilst responding in defence of the civilians and the mining community. What a shame! Mr Kayode is encouraged to pay more attention to the weekly briefs by Defence Media Operations. Defence Media Operations gives weekly briefs/updates on operations  being conducted across the country; press releases on military operations are also made when the need arises.

“Mr Fani-Kayode is also called to refresh himself on the constitutional roles of the Armed Forces of Nigeria. In all, subordination to civil authority is key. It is pertinent to state that, the Nigerian Armed Forces has toiled to sustain and nurture our democracy, hence the same military cannot contemplate a coup de tat, as alluded to by Mr Kayode in his video. The Chief of Defence Staff, Gen Lucky Irabor has always stressed the unalloyed loyalty of the Armed Forces of Nigeria to the President, Commander-in-Chief and the Nigerian Constitution.

“Accordingly, as the 2023 General Elections approach, desperate persons must depart from their evil ways, for never again would they lure the military into their wicked machinations. If a confession must be made, Nigerians must know now: the military is always the worse victim of military rule.

“Finally, in a miserable attempt to malign the leadership of the military, Mr Kayode gave the impression that, while junior military commanders and non-commissioned officers are working hard, senior commanders are doing nothing. This is sheer ignorance and nothing more. Mr Kayode is completely oblivious of the fact that in the military, orders, instructions and directives are issued from the hierarchy to the lower rungs of command. Therefore, junior commanders cannot be working hard while their superiors are idle.

“This is indeed a difficult time for the Armed Forces of Nigeria and Nigerians as a whole. It is not time for attention-seeking individuals to cause needless distractions. Members of the public are therefore urged to ignore Mr Femi Fani-Kayode and continue to remain vigilant and report suspicious activities promptly to law enforcement agencies.”