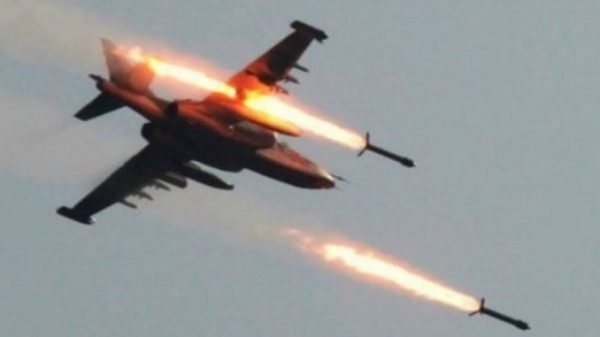 Reports reaching us in Greenbarge Reporters online newspaper said that multiple airstrikes by Nigerian Air Force fighter jets have killed several Boko Haram terrorists in Borno State with the possibility of having eliminated two of their leaders.

In a statement issued on Sunday 25, 2022 in Abuja by the Director of Public Relations and Information, NAF Headquarters, Air Commodore Edward Gabkwet said that the terrorists were neutralized after intelligence revealed that they had assembled at Mantari village in Gezuwa general area, Bama Local Government Area of Borno.

He said that among those neutralised were terrorist kingpins Khalid Tukur, Maimusari, and Bakura Jega.

Gabkwet said that the attack followed intelligence report that a Boko Haram terrorist commander, known as Ikirima had moved to Mantari village with his gun trucks, and was joined by terrorists on motorcycles from other locations.

“Subsequently, the authorisation for an air strike was given leading to the elimination of several of the terrorists and structures in the area.

“After the first wave of air strikes, some surviving terrorists found their way back to the same location to evacuate the bodies of those neutralised in the air strike.

“This provided an opportunity for a follow-up strike on the same location which has been confirmed very successful as over 100 terrorists were neutralised with dozens said to be in critical condition.“

Gabkwet said that ISWAP and Boko Haram elements had perfected plans to resume active hostilities in the wake of the Yuletide and forthcoming general elections.

“The timely intelligence received on their plans especially, their attempt to attack soft targets in Bama thus helped in the successful air strikes which has reduced their will to regroup and attack innocent citizens.

“There is no doubt that the progress and gains being made especially, by the air and ground troops has greatly contained an upsurge of terrorists’ campaigns within the North-East zone in recent times.

“Both air and ground troops have however been cautioned on the need to remain focused on the end state,“he said.

Meanwhile, the Chief of Army Staff (COAS) and the Chief of Air Staff (CAS) have both commended their efforts and other security agencies under OPHK for the tremendous achievements being recorded in the theatre.

According to them, there has been a lot of improvement in the security situation in the region due to the ongoing operations.

The duo, however, urged the troops to continue to give in their best towards ensuring that the region was completely rid of all terrorists.

They also paid special tribute to those who have paid the supreme sacrifice in the fight against terrorism and insurgency while commending the commitment and uncommon sacrifices of the troops as peace gradually returns to Borno.

While wishing them a merry Christmas, the service Chiefs extended the appreciation of President Muhammadu Buhari and all Nigerians to the troops for their sacrifices and efforts.

The News Agency of Nigeria (NAN) reports that yuletide lunch between the service Chiefs and frontline troops has become a periodic routine aimed at enhancing camaraderie among troops and boosting their morale.