Home NEWS ASUU Returns To Classroom After 8 Months, No Date Yet 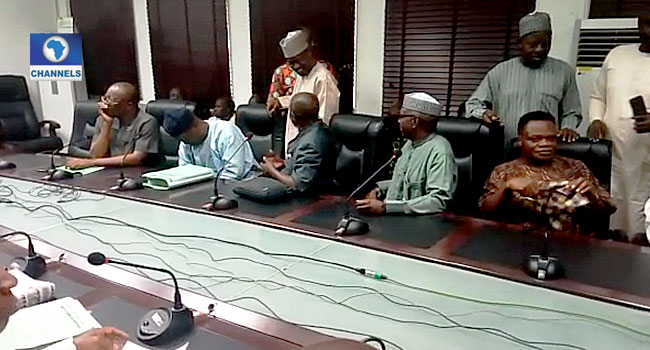 The Academic Staff Union of Universities (ASUU), has asked members to return to classrooms after exactly eight months today, October 14 of nation-wide strike that made university students redundant at homes.

A member of the union’s National Executive Committee (NEC), who confirmed the decision of ASUU to suspend the strike and return to classrooms could not say what date the members will fully resume lectures.

He said however that the decision to suspend the strike was taken at a meeting of its leadership that started yesterday, October 13 night and lasted into the early hours of today, October 14

The National Executive Committee meeting was attended by chairmen of the state chapters and national executive members at the ASUU National Secretariat in Abuja.

The state branches of the union met over the Court of Appeal ruling last week, following which members voted to conditionally suspend the strike.

The Court of Appeal had issued an order to ASUU to suspend the strike before its appeal of the ruling ordering lecturers to resume work could be heard.

ASUU had been on strike since February 14 this year.