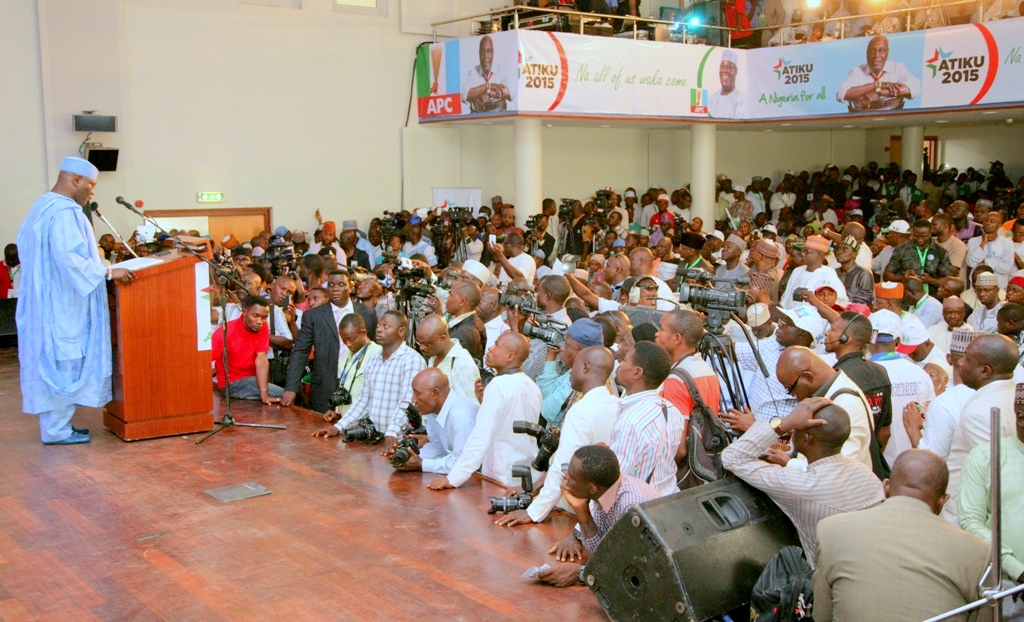 Former Nigerian Vice President Atiku Abubakar has said that the legacy of authoritarian rule and the unfriendly relationship between the executive and the legislature, and between the executive and the political party, has made it impossible for democracy to take proper root in Nigeria
“As leaders, we have not always taken adequate steps to deepen and secure our democracy. The vestiges of intolerance of opposition and criticism remain quite strong.”
In a lecture he delivered at the pre-Inauguration Retreat for All Progressives Congress (APC) Senators-Elect, at Ibeto Hotel, Abuja today, Atiku admitted that democracy is still young in the country, but that leaders have failed to understand that the level of relationship between political party, the Legislature and Executive is critical for the success of any democratic government and the development of the society.
“Yet it is a relationship that is fraught with uncertainties, tensions, mistrust,conflicts, and struggles.
“Our democracy is rather young. Thus we are still grappling with the challenges of defining the contours and boundaries of our various democratic institutions, including the Legislature, Executive and the political party.
“Our party, the APC is also still young and, like the other parties, still contending with issues of party building, party structures, internal democracy and the nature of the relationship between Party and the government, including the Legislature and the Executive.
“Each still struggles to understand its roles, powers, and limits, while engaged with the others. The challenges posed by the complexity of the relationship among these institutions and the individuals implicated in them can sometimes be serious enough to affect governance and threaten the stability of the polity.”
Atiku also took a look at the structure of the Nigerian economy, with the state as the most important source of economic opportunity, adding that such arrangement intensified the struggle for state power and helped to shape the relationship between parties and members, among parties and among the various arms of government. According to him, access to state patronage and threats of reprisals by the coercive agencies of the state are often used to keep political actors in line.
Full text of the lecture titled: “The Party, Legislature and Executive in Nigeria’s Democratic Consolidation” is hereby reproduced: