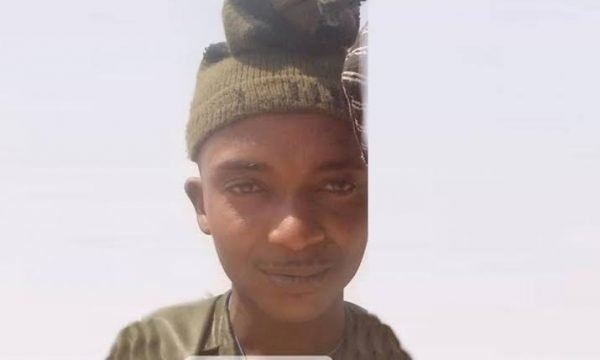 Wanted bandit leaders, Alhaji Auta, and Kachalla Ruga, have been killed in a forest in Zamfara State.
Report reaching us said that the notorious bandit Commanders met their waterloo after a Nigerian Air Force (NAF) aircraft, under Operation Hadarin Daji, acted on credible intelligence, and bombarded their enclaves, at Gusami Forest and Tsamre Village in Birnin Magaji Local Government Area of the State, last night.
It was learnt that multiple airstrikes by the NAF jet, which were carried out in the early hours of today, January 1,also eliminated Auta, and Ruga’s gang.
Sources confirmed that dozens of bandits who had converged at late Auta’s residence, for his burial were also struck by missiles of the military jet, with an unconfirmed number killed in the process.
A military intelligence officer said that follow-up airstrikes conducted by the NAF fighter aircraft on fleeing bandits and those who took cover under trees within the area, resulted in heavy casualties on the side of the criminals.
“For now, the whereabouts of other notorious bandits like Alhaji Nashama, Shingi and Halilu who may either be incapacitated or on the run remain unknown.”
Intelligent sources also said that aggressive bombardments by NAF aircrafts, have in recent times been very precise and effective in hitting bandits’ enclaves, eliminating their leaderships and followers, in the process.
“These operations have reassured citizens of the commitment and dedication of the military and other security agencies, towards bringing the threats posed by banditry under check, in no distant time.
“The citizens, especially around the affected communities, are enjoined to continually provide security agencies with credible information that will go a long way towards tackling the threats to their lives and livelihood.”
Source: PRNigeria.