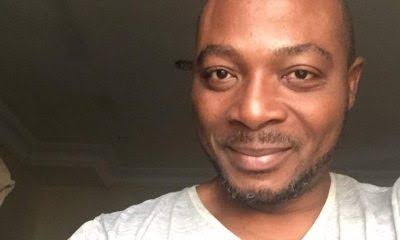 The Conference of Benue Journalists (CBJ), has queried the security agents for ascribing the death of their colleagues, Henry Tordue Salem, a correspondent with the Vanguard newspaper, to vehicular accident inside Abuja.
President of CBJ, Dr. Anule Emmanuel in a statement today, November 13, expressed reservation that Salem was eventually pronounced dead in an accident in Abuja after being declared missing for 29 days.
“It is shocking to hear that the corpse of Mr. Salem had been found 29 days after having been allegedly killed by a hit and run driver inside Abuja city in an accident.
“We therefore challenge security authorities to ensure that justice is served with an independent autopsy carried on Mr. Salem’s corpse currently in an Abuja General Hospital.”
The group described the deceased journalist as a hard-working personality who believed in equality and equity.
“His tremendous contributions to the nation through quality reportage will forever be remembered. Mr. Salem was a fair-minded professional. It is painful to learn that he is no more.”
The group condoled with the family of late Mr. Salem, the management and staff of Vanguard and the Nigeria Union of Journalists (NUJ).
Late Salem was attached to the green chamber of the Nigerian parliament by the Vanguard newspaper which he worked for.