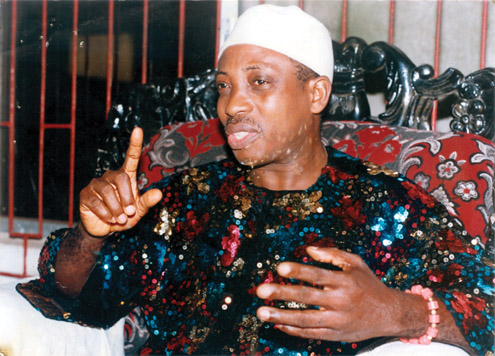 The Movement for the Actualisation of the Sovereign State of Biafra (MASSOB) has launched new Biafran currency, number plates for vehicles and drivers’ licence for the people of the South East zone.

Chief Uwazuruike explained that the idea for Biafrans having their own vehicle plate numbers, drivers’ license and new currency, was aimed at encouraging Ndigbo and indeed, Biafrans, to come together and work together to develop the South East part of the country.

He said it is the right of all transporters and private car owners, who are from the South East to update their vehicle licences, adding that the programme also covers drivers of commercial tricycles and motorcycles.

“Now, it is the right of all Biafrans, all transporters, private motor owners and Okada riders to avail themselves of this opportunity to update their particulars. We also use the period of the registration exercise to call on all the traditional rulers and president generals of town unions to help educate their people on the need to get abreast with the new Biafran currency and other programmes.”

He disclosed that Income Tax was now available for everybody within the areas under the control of the MASSOB.

On the Biafran currency, the MASSOB leader said the money was already in circulation throughout the ‘Biafran states,’adding that from the time of the launch of the new currency, the money would be available in all the banks across the geo-political zone.