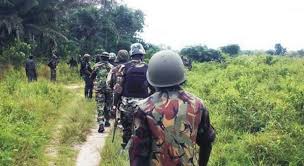 The Sultan of Sokoto and co-Chairman of the National Council of Traditional Rulers, Alhaji Sa’ad Abubakar has called on the military to occupy Lake Chad region and Sambisa forest in their bid to subdue Boko Haram.

Sultan Abuabakar is not comfortable with the idea of allowing terrorists occupying those strategic places.

He spoke while leading his fellow traditional rulers from the Southwest and Northern parts of the country on a condolence visit to the Borno State Governor, Babagana Zulum, following recent Boko Haram killings in the state.

The Sultan, who retired as Army General, recalled how his battalion occupied Lake Chad region for six months, saying: “I read about the comment the Governor made some few weeks ago, challenging the military to take the fight to Lake Chad to clear that place.

“I was a Lieutenant, I was the operation officer and I have my maps. In Lake Chad that time we had 36 islands under Nigeria, we occupied 16 of them, the biggest was king Nasara, we controlled that part of Nigeria effectively well as a battalion.