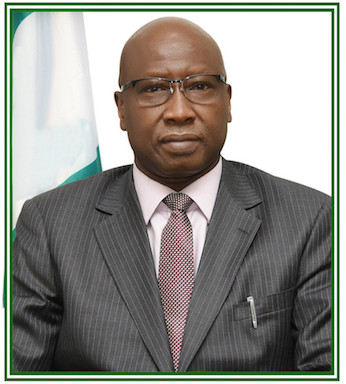 On a day like yesterday, September 3, a son was born in Adamawa state, North-east Nigeria to the family of Mustapha, a teacher in the then Gongola state, Northern Province. Mustapha christened the newborn Boss, a name synonymous with leadership, the capacity to pilot affairs of a nation. The boy has the ability of a pilot to guide and direct with all sense of initiative, foresight, and administrative skills to serve humanity.

Sixty six years down the line, Barrister Boss Mustapha has demonstrated the fact that he was born to serve. His birthday recalls my memory of his early days in politics. Then he was much into the service of humanity as a practicing lawyer. He gave his best in this regard with much interest in political participation.

At 66, Boss Mustapha is today a household name, a name far above rubies with a flowering stature. In 1992 he was the Adamawa state chairman of the Social Democratic Party (SDP), with steady growth in his political acceptance. On several occasions, Boss Mustapha contested the governorship elections on the platforms of SDP and the All Progressives Congress (APC), respectively. He was the managing director of Nigerian Inland Waterways.

A management consultant per excellent, Boss Mustapha is indeed an important intellectual rendezvous for the law profession and public intellectuals in Nigeria. He built a formidable political relationship as a party and grassroots man. As a devout Christian who believes in equity, his life revolves around justice, peace, and development.

At 66 Barrister Boss Mustapha can look back with a measure of contentment having positively impacted on the lives of many people. In his nature as a patient man, Boss Mustapha hardly talks, but with a selective way of approach in any public or political gathering whenever he talks. A humble personality, he can stoop low for anyone seeking his attention. The SGF is an ardent listener but always coming out with a few words of inspiration. My few encounters with him and at public functions suggest to me that Boss Mustapha is friendly, kind-hearted, and has a listening ear.

He is currently the secretary to the government of the federation (SGF), this is where I see him as a pillar in upholding the country’s life line. In this office, this man has gone beyond being the scribe of the nation. Boss Mustapha has been able to stabilise the economy, the fractured unity, and corporate existence of Nigeria. He worked as a clock to make sure that Nigeria under the President Muhammadu Buhari government delivers the dividends of democracy to the over 200 million people of the country.

Many see him as a hard-working an, but my understanding is that Boss Mustapha is a blessing and a pride to Nigerians, especially to the people of Adamawa state. He is a pool of inspiration to the young generation and a motivation to anyone looking for a good Nigerian with high intellectual capacity.

I join millions of others to wish Barrister Boss Mustapha many happy returns. He is one of the few redemptive figures in a community where it is difficult to truly know what has happened to political leadership in our land. Boss Mustspha stands out, with his integrity as a viable asset; he remains a great man, a pillar hanging on the lights of hope to Nigerians.

Happy many returns Sir. I wish you well with a successful and glorious ending, with greater achievements and accomplishments.

Congratulations on your 66th birthday