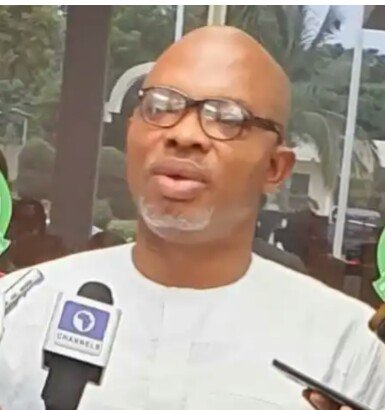 The Department of State Services (DSS) has advised the Nigerian National Petroleum Company (NNPC) Limited and oil marketers to make Premium Motor Spirit, known as petrol, available for Nigerians.
DSS Spokesman, Peter Afunanya, who spoke to newsmen in Abuja after a closed-door meeting with stakeholders in the petroleum sector said that failure to comply, the DSS will activate its operations across the country.
According to Afunaya, the challenge of fuel scarcity has assumed a dimension that is detrimental to the security of the country.
He said that during the meeting, the NNPC agreed that there is enough product that will serve Nigerians during and after the Yuletide season.
For weeks now, vehicle owners, especially in Lagos and Abuja have had a tough time getting petrol from filling stations. Whilst many outlets are closed, the few ones that are open sell the indispensable commodity for as high as N250 per litre from the uniform price of N169/litre.
The shortage of supply has led to long queues at the few open filling stations as motorists and business owners jostle to buy fuel while others resort to black market. The situation has also worsened traffic on major roads as vehicle owners block at least one lane to join queues to filling stations.
Source: PRNigeria.