The Executive Director of Nigerian Export Promotion Council, Segun Awolowo, has said that President Muhammadu Buhari has approved a total of N350 billion to pay Nigerian exporters which the federal government owed them over the years.

“I thank him (President Buhari) that we have paid the backlog on the export expansion grant; that is an incentive that we give to exporters. We owed them for several years but we have reversed the whole system and the President approved N350 billion to pay them.” 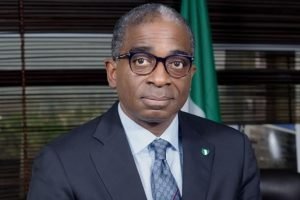 Segun Awolowo, who spoke to news men at the Presidential Villa, Abuja, shortly after a private audience with President Buhari at the weekend, said that the President was very pleased with the situation and had promised to give continuous support for export.

He said that already, the National Assembly has appropriated and approved N190 billion out of the total amount the President approved, adding:  “we are paying it through the Debt Management Office (DMO). They will get certificate which they will use to cover their loans, debts, pay AMCORN and pay taxes as well.”

He described Buhari government as the one that has been doing more with less revenue, saying: ´that really is the message I want to get across.”

Awolowo said that he briefed the President on the zero oil implementation plans, the setting up of national committee on export promotion by NEC, chaired by the governor of Jigawa State and how to diversify the economy.

“What we hope to achieve is to raise more revenue for Nigeria from other sources. You know 90 percent of our revenue is from oil and we cannot survive. Even though oil prices are rising a bit because of Iran, there is problem there. But we we should not rest on our oars because, those days of $140 per barrel is gone forever. So we have to  look inwards and produce more.

“The zero oil plan is about raising production and productivity, we identified 22 sectors where we can earn foreign exchange apart from oil. We are hoping that in the next 10-15 years we will be able to raise $150 billion from sources outside oil. That is what we are working on and we are galvanizing the whole states behind us in other to raise production and productivity. We are working with the relevant MDAs to achieve this. You know the CBN just announced an initiative on five of our products and giving them low interest rates to farm and raise production.”

Segun Awolowo named one of the sectors as cocoa, which he said is an immediate win for Nigeria because, it has been the number one none oil revenue making.

But we are on less than 300,000 metric tons, Ghana is heading to 900,000, Cote d’ Ivoire almost two million metric. So, how do we compete? Meanwhile if you see the landmass in Nigeria, you can imagine what we can do. Another sector is sheanut, cashew is another breadwinner for us, so let’s raise production, let’s give our farmers, plantations low interest loan so that they can raise production for us. We are also looking at value addition for all because that is the way you create jobs; we cannot continue to sell the raw materials.

I was happy to present to Mr. President some tomatoes and Bell peppers from a green house in Benin, I also presented him Casanovas, which is cassava chips which a cottage industry is producing in Idu Industrial Estate, that is already being exported to Germany. And that is the future for Nigeria. We are about to enter into   African Continental Free Trade Area (AfCFTA) Agreement, which is the biggest in the world, we don’t want to be a dumping ground and that is why Mr. President refused signing until we are ready. We must be competitive, we must produce more, and we must help our manufacturers get into this market.”

On packaging and substandard products, he said: “our products are no longer substandard and we are exporting all over West Africa and Inter-land Africa. We have a few challenges here and there but I always tell people, the journey of processing raw materials to producing goods is not going to happen overnight. We are going to have rejects but we will not succumb to them. Our packaging is improving and we are even packaging and labeling in different languages so we can get into those markets, particularly when Africa opens up for us now. For instance, you know we use to send our goods to west African countries but you know we are surrounded by francophone countries and we don’t even label our products in French but now we are not even doing that.

“All the products you mentioned are farm produce and we have problems with storage, is there a plan for a policy to ensure standard storage facility?

“To avoid wastage, we don’t have wastage with cashew because we are moving them through the ports and you are aware government has declared a state of emergency on Apapa Port. But in storage we are looking at aggregation centers and it is part of the zero oil plan. The  Nigerian Export Promotion Council have put two giant aggregators in place so that we can process in those. Processing is very important for us, if we are able to do that we will be exporting all those things.”