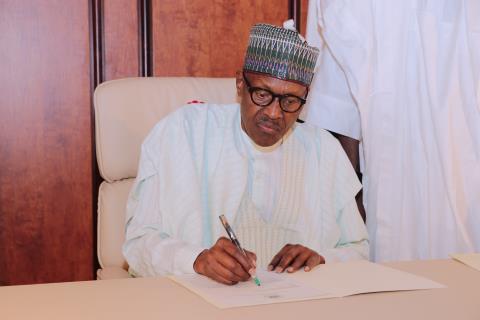 President Muhammadu Buhari has approved $8.5 million dollars to the ministries of Foreign Affairs and Humanitarian, Disaster Management, and Social Development, for the immediate evacuation of over 5,000 Nigerians stranded in Ukraine as a result of the ongoing war between Russia and Ukraine.

According to a tweet post by Personal Assistant to the President on Digital and New Media, Bashir Ahmad, on his official Twitter account, this was made known by the Minister of State for Foreign Affairs, Zubairu Dada, on Wednesday in Abuja.

The minister said that three aircrafts to be provided by Air Peace and Max Air, would be dispatched to 4 countries today.

The minister said that the countries where the pickup flights would be headed include – Poland, Hungary, Slovakia, and Romania. Two flights from Air Peace and one from Max Air are expected to carry out the evacuation exercise.

Zubairu Dada said that all agencies are fully resourced to ensure that aircraft leave on Wednesday to begin the evacuation. They noted that the flights will embark on a number of shifts until the process is complete.

The Minister of Foreign Affairs, Geofrey Onyeama, had earlier, during a meeting with members of the House of Representatives and the Nigeria in Diaspora Commission (NIDCOM), announced that the evacuation of Nigerians from Ukraine had been slated to commence on Wednesday, March 2, 2022.

This is as the Romanian and Hungarian governments granted visa-free access to Nigerian nationals and students stranded at the Ukrainian border.